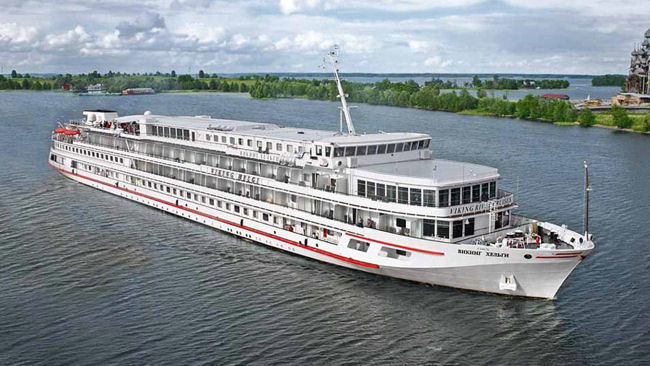 My sentiment exactly! As a veteran of many cruises, I am confident of one thing: a great cruise is found in the details. Prior to Viking, river cruising was little known to travelers. It conjured up images of a steamboat on the Mississippi or helping to paddle a canal barge through England or France. Now, all that’s changed – welcome to the world of Viking River Cruises!

I recently cruised the “Waterways of the Czars” excursion from St. Petersburg, Russia to Moscow on this, the largest fleet of river vessels in the world. As a leader in the industry, it is singularly focused on providing guests with up-close experiences on the river with a dedication to “Green” ships with fuel-efficient engines. Its visits to cultural and historic landmarks, its onboard demonstrations and lectures and language lessons, and its expert local guides in each destination further place Viking in a field by itself.

Russia has a long and fascinating history with a diverse population of 143 million, spectacular natural beauty, great art and architecture, and a superb culinary tradition. It’s the world’s largest country with broad plains, tundras, vast coniferous forests and soaring mountains. Our leisurely cruise wandered through a kaleidoscope of small villages and towns to weave a tapestry at once intriguing and alluring. 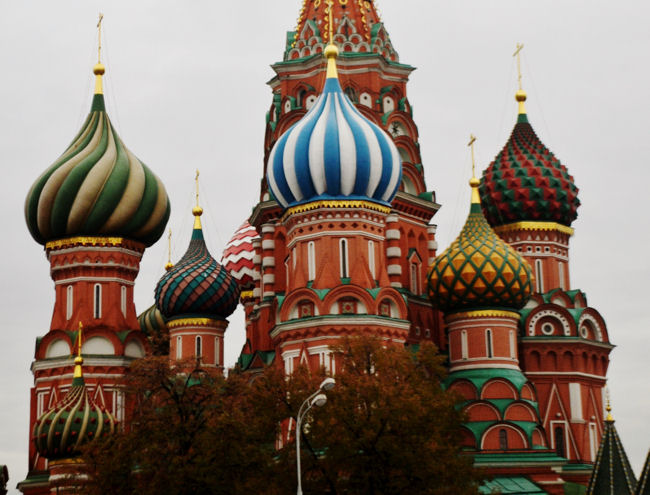 St. Petersburg! Known as Peter the Great’s “Window to the West,” this city’s wide and gracious boulevards are made for strolling, and its 200 miles of waterways (albeit man-made) inspire comparisons with Venice or Amsterdam. Designed on a grand scale “it is as though one walked through a city built for giants,” mused Lewis Carroll in his 1867 diary. Of course the first stop on everyone’s sightseeing list: the Hermitage. Catherine the Great’s passion for art and beauty transformed the Winter Palace into one of the world’s most splendid museums. Among the more than 1,000 rooms are 3,000,000 exhibits and displays, a staggering collection from ancient Egyptian to early 20th century art.

In the Italian galleries I was particularly taken with a small work, daVinci’s “Madonna and Child.” Profound and noble, it depicts the Madonna tenderly gazing down at her son while in the background, a landscape of distant mountains and blue skies add a tranquil tone. Moving into the 19th-20th century galleries, I was drawn to Picasso’s “Three Women,” one of the artist’s most important cubist works. He turned the traditional subject of the Three Graces into a refined study done in red and brown earth tones. Possibly my very favorite object in the Hermitage was its Golden Peacock. For more than two centuries, the Hermitage has housed a unique exhibit that never fails to evoke enchanted admiration from visitors - the famous Peacock Clock. It consists of figures made of gold, a peacock, a cockerel and an owl, that form part of this elaborate timepiece-automaton fitted with mechanisms that set them in motion. I was captivated by its slow, precise movements as the peacock seemed to come alive. Oh to have a year to spend in the Hermitage and maybe – just maybe - see the rest of its mind-blowing collection. 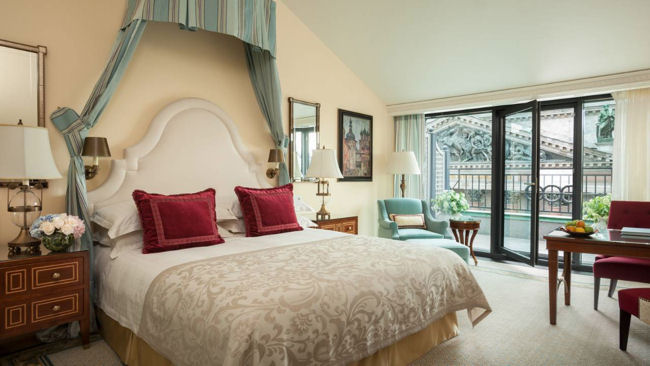 A fairly new addition to the St. Petersburg hotel scene is the magnificent Four Seasons Hotel Lion Palace. The property, whose entry is guarded by two marble lions, was previously a 19th-century royal palace that has been restored to its present-day glory. I was glad to have the time to sit in the Tea Lounge during my brief port-of-call and enjoy a glass of bubbly and carrot cake with celery cream, feeling not unlike real Russian royalty in this very authentic palace. 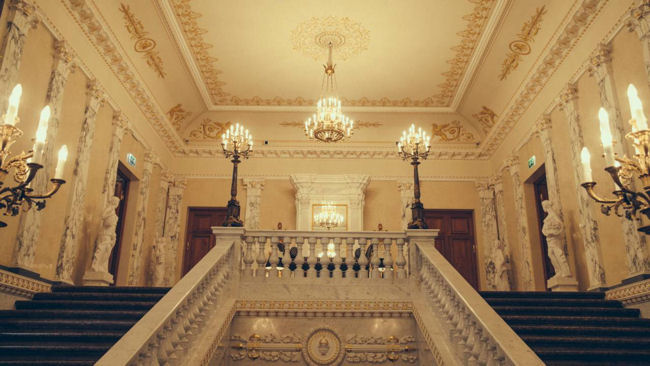 At embarkation, the river welcomed us with crisp, clear weather as we began our cruise following the Volga-Baltic Waterway, a 700-mile complex system of natural lakes, rivers, artificial reservoirs and canals that link the Volga with the Baltic Sea. The landscape continually changed, from meadows, soaring mountains and deep fir forests to small settlements and dachas (villas) that dotted the banks. We had the chance to visit quaint Golden Ring towns northeast of the capital - Ports of Call like Mandrogy, a town that had burned down in the 1940’s and in 1996 was rebuilt into a popular Disney-like tourist village with farmsteads, horse-drawn hayrides, stables and horses. Tramping around the grounds in the cold and damp, a deep chill set in so we hopped on a horse and buggy ride directly to their Vodka Museum (offering samples!) – a chance to warm up in more ways than one!

On to Kizhi Island in the center of Lake Onega with churches and settlements that date to the 15th century. It’s made up of dozens of historical wooden buildings that have been moved here for preservation. The entire island forms a national open air museum with more than 80 historical structures; in 1990, it was included on UNESCO’s list of World Heritage sites. We wandered into an 1880 farmhouse that contained everything a family of that day would need: a living room/bedroom, a cattle shed, and a hay loft. The entire family lived together in one large room and in winter they were frequently joined by their farm animals - the extra warmth very welcome!

The city of Yaroslavl stretches for 18 miles on both banks of the Volga and is renowned for its numerous 17th century churches. The highlight of this Port of Call was visiting the Church of Elijah the Prophet containing walls covered with frescoes, constituting a veritable museum of Old Russian paintings. Here also is the Governor’s Mansion which houses the Yaroslavl art museum. Spread across many palatial rooms is an impressive collection of 18th-20th century Russian paintings.

In Uglich, we had the fun opportunity to visit a typical home. The gracious lady of the house served us a repast of bread, pickles, cold cuts and vodka. Her tiny bungalow was neat and pretty, the walls papered with photographs of family members.

Moscow on my Mind

“If I had to think where I could live if not Moscow, London would be my first choice and second would be New York,” the oligarch Roman Abramovich tells us. Of course! Expensive cities, all, but then for Mr. Abramovich, 5th richest man in Russia, 50th richest in the world, hет проблем -no problem! His sentiments, however, are spot-on because Moscow is a world-class city in every respect. I mean, just think: Red Square, the Bolshoi Theatre, the insanely quirky St. Basil’s Cathedral, dream-like parks to wander through, romantic night lights that play on the Volga, and – the Kremlin! How’s that for an exciting lineup? One of the highlights of my visit (no, really!) was a spin on the Moscow Metro. World-famous, it has elegant, stunningly lit stations, not to mention sculpture, huge chandeliers and gilded details. MTA, I’ll never see you in quite the same light again! 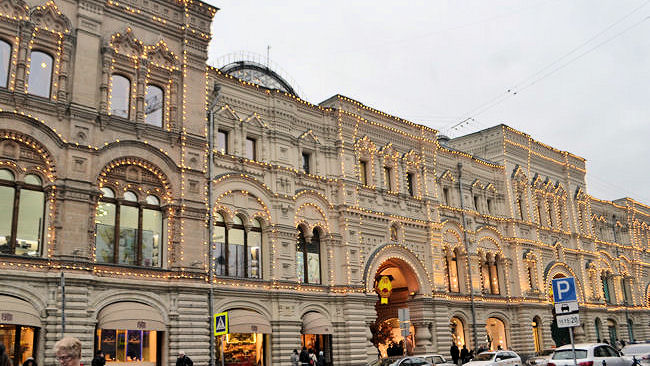 Another over-the-top stop for me, intrepid shopper that I am, was the glorious GUM department store. Its ornate Neo-Russian façade takes up nearly the entire eastern side of Red Square and looks far more like a palace than a department store. A consumer mecca for visitors to Moscow, the top floor was, during the time of the Soviet Union, a secret clothing store for only the highest echelon of the party. Today, the exclusive boutiques are accessible to anyone with a platinum card. That said, the building itself is fabulous and on the higher floors, there are still some interesting relics of days gone by that make it well worth exploring.

From medieval citadel to modern power center, Moscow’s Kremlin has played a dominant role in Russia for over 800 years. Majestic and picturesque, it’s the chief architectural wonder of the city with mighty walls, soaring towers and an eclectic mix of architecture that reflects all the paradoxical shifts of this fascinating country. Today, the Kremlin remains as alluring as ever, a mixture of lavishness and austere secrecy. Two-thirds of the citadel territory is closed to visitors but the remaining third contains enough treasures to occupy several days of sightseeing. One of the oldest museums in Moscow and part of the Kremlin is the Armory, a staggering treasure-house replete with ancient Russian regalia, ceremonial tsars’ dress, church hierarchs' vestments, gold and silverware by Russian, European and Eastern masters, arms and armories, and royal carriages. Objects such as rings, bracelets, and pendants by Old Russian masters spoke to my love of antique jewelry. Turning a corner, I found a virtual treasure-trove of precious textiles, ornamental embroidery, suits of armor and secular garments from the 16th to the early 20th century. Viewing some of Peter the Great’s sumptuous caftans set my head spinning. I collapsed on a nearby bench to settle myself and ponder the glorious riches that I’d just experienced. It was at that moment that it dawned on me: I’m in the Armory Museum …in the Kremlin…in Russia… and this is the end of a most wonderful week cruising Russia’s rivers and having encounters only possible on a slow, unhurried Viking meander to Moscow.