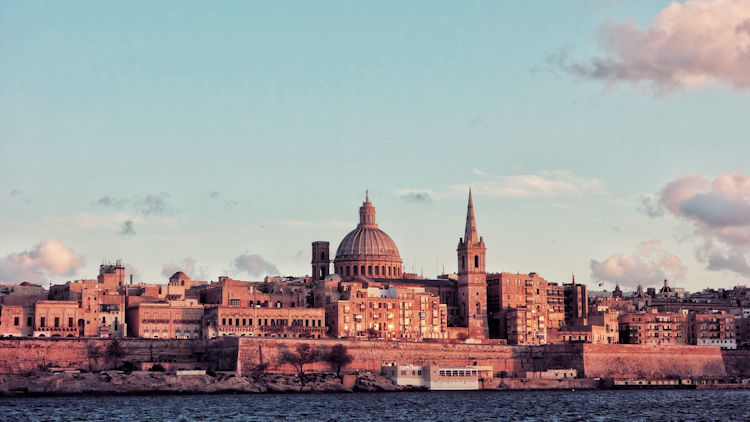 The sunny islands of Malta, in the middle of the Mediterranean Sea, are home to a most remarkable concentration of intact built heritage, including the highest density of UNESCO World Heritage Sites in any nation-state anywhere. Valletta built by the proud Knights of St. John is one of the UNESCO sights and the European Capital of Culture for 2018. Malta's patrimony in stone ranges from the oldest free-standing stone architecture in the world, to one of the British Empire's most formidable defensive systems, and includes a rich mix of domestic, religious and military architecture from the ancient, medieval and early modern periods. With superbly sunny weather, attractive beaches, a thriving nightlife, and 7,000 years of intriguing history, there is a great deal to see and do.

With Malta's wide variety of historical sites, ranging from Neolithic temples to walled cities and the more recent British period, the Maltese Islands have been described as a living museum, reflecting the legacy of the many cultures that ruled the Central Mediterranean and settled here throughout the centuries.

In Malta, history can be seen, touched, and felt all around, and exploring these ancient islands is the closest one can get to traveling back in time!

To make this experience even more complete, Heritage Malta, with the support of the Malta Tourism Authority, has now added the senses of smell and taste to this enchanting journey in time.

Inspired by gastronomical references discovered in archives by Heritage Malta, stories of people come to life. Digging through this treasure-trove of information, it was evident that there was an opportunity to experience history in a different manner. Authentic recipes were re-created from the real-life stories which the ink-stained pages of history have been yearning to tell!