Virtually on Vacation in Asia 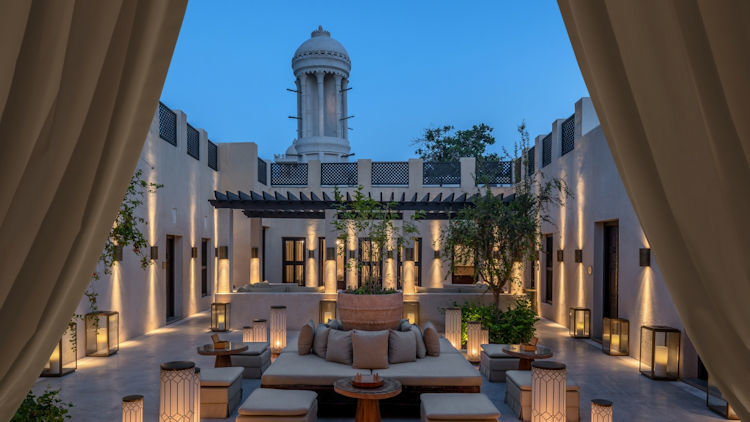 Rare’s the hotel that isn’t an adherent to that famous Ken Kesey maxim: “Always stay in your own movie.”

These days, while we all binge-watch movies and hunker down in a bid to contain the coronavirus, all kinds of movies are all the more important -- especially hotel videos since hotel stays these days are more the province of memory and desire than a real-time possibility.

Video is where hotels strut their stuff, flaunt their wares, and lure guests toward an audition, for who doesn’t want to be in that movie?

They seduce in different ways. Some leverage a minimalist approach. Others go epic with drones. Most sell the destination to varying degrees. And others reveal a bit of their personality with their approach to storytelling.

Across Asia, hotels bait the hook in different ways, but bait it is. Sit tight for now. But jump when you can.

This video review of a hotel stay samples the experience of a glamorous guest from arrival and welcome drink to reluctant departure. While the staff preps the room, the guest checks out the hotel’s own museum and indulges its history as she walks among the four historic chambers at the heart of the property, including one with a 100-year-old wind tower. The vignettes detail the concoction of drinks, the plating of dishes and even a trip to the boutique.

The Reverie Saigon -- The High Life

The music and collage feel like the preface to a grand story that takes place partly in the hotel, and that is going to change someone’s life forever. This video suggests that life is lived on a very deep level here. The imagery is lush and refined, the pictured people very focused and the destination highly romantic.

This soothing video offers viewers a glimpse of Palace Hotel Tokyo – including a peek inside GO, the hotel’s ever-popular teppanyaki grill venue, and Royal Bar, a well-known destination in the city for the finest cigars and martinis. Traditional Japanese touches are folded in neatly with the elegant contemporary style of the hotel and its design, which stays true to the vision of omotenashi — Japan’s unique approach to hospitality.

A passenger train rumbles across the Long Bien Bridge in the opening scene of this elegant video depicting highlights of Vietnam’s capital. A sequence follows showing a woman dressed in an “ao dai” as she visits the Temple of Literature, the Hanoi Opera House, Ngoc Son Temple, the Huc Bridge and Phan Dinh Phung Street, before arriving at Sofitel Legend Metropole Hanoi, where the camera captures the sophistication and grace of the city’s most storied hotel.

Tanah Gajah, A Resort by Hadiprana -- A Journey Home

Like Paulo Coelho’s The Alchemist, Tanah Gajah, a Resort by Hadiprana, has evolved by coming back to where it began. The flagship property of a new hospitality group, Hadiprana Hospitality, opened with its founder’s moniker on January 1, 2020. The video tells the story of the origin of the property, built in the '80s as a holiday home for a legendary Indonesian architect and designer, Hendra Hadiprana, and his family, through to its vision for the future.

To a dramatic soundtrack of strings and percussion, this video clip’s sweeping shots transport the viewer straight to the new 30-hectare Alma Resort. Akin to a seamless virtual tour through Alma’s suites and pavilions, eclectic mix of restaurants and bars, and host of facilities ranging from its spa to a 6000sqm waterpark, this clip captures Alma’s boldness and spaciousness, all emblematic of Vietnam’s maturation as a destination.

“One of my greatest joys is coming out here just before sunset and watching our favorite resident, a white-breasted sea eagle, flying across the bay,” said Banyan Tree Samui’s General Manager Remko Kroesen. From his vantage point on the terrace at The Edge Restaurant, he points across a lush panorama of luxury villas, a white sandy beach lined with palm trees, and a sapphire sea. Perhaps that birds-eye view was exactly what the photographer had in mind when he shot this amazing drone footage. It certainly makes you want to sprout wings and soar over to this tropical paradise in Thailand.