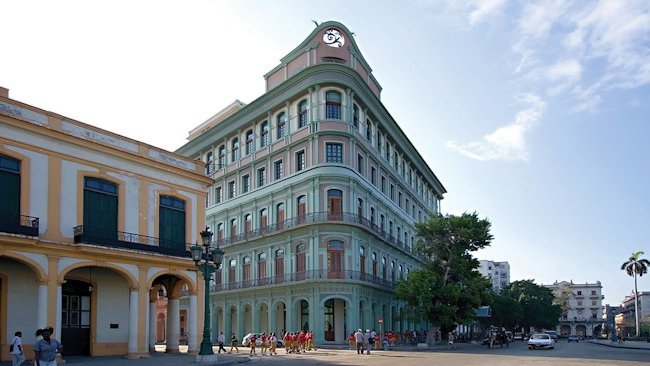 Recognized throughout the industry as an authoritative trend-predictor, the report forecasts luxury travel trends for 2014 based on current and anticipated reservations. From the most popular destinations to what motivates travelers today, the Virtuoso Luxe Report offers insight to the patterns and decisions of the world's wealthiest travelers.

While “Multigenerational Family Travel” maintains its stronghold as the top trend, “Active and Adventure Travel” is the dominant trend predicted for all travelers – families, couples, honeymooners, retirees – in 2014, especially in more exotic destinations. The biggest change in the findings from the 2013 to 2014 report, though, is perhaps the new entrants as “emerging destinations.” While Cuba remains the tourism destination most on the rise, the Galapagos Islands' popularity is escalating once again, while Iceland and Belize cracked the “top 10.”

Italy continues its reign as the top destination for international travel in 2014, followed by South Africa, France and Australia. This year New Zealand makes an appearance on the list as well. Italy remained the chart-topper for families traveling in 2014, with England, Hawaii, Costa Rica and Mexico rounding out the list.

Within the U.S. travel market, New York reclaims the top spot, followed by Maui. Napa Valley/Sonoma was bumped to third place from a first place ranking in 2013. Las Vegas took fourth place and for the first time, Hawaii's Big Island joins the list.

As in past reports, the motivation behind high-end travel continues to be seeking authentic experiences, rest and relaxation and spending time or reconnecting with loved ones. Re-discovering previously visited destinations and exploring new destinations were new additions to the list this year.

The most popular honeymoon destination is a new category added this year. Italy, French Polynesia, Maui, the Maldives and St. Lucia topped the list. Not surprisingly, the list mirrored the most popular destinations for romantic travel, which continue to be Italy, French Polynesia, Bali and France. This year the Maldives joined the list of exotic locations.

The 2014 Luxe Report also found that the rise in longer trips (eight days and longer) to international destinations held steady from 2013, and suggests that when necessary, travelers are willing to book lower room categories in order to stay in nicer hotels. Travel advisors still continue to be the lead influencer in determining their clients' travel decisions, followed by recommendations from friends and family. Business Class is still the preferred way to fly, with Economy Plus continuing to gain popularity as more airlines introduce and expand this on-board product.

Key findings from the 2014 Virtuoso Luxe Report are outlined below:

The 10 most popular emerging destinations, meaning those on the cusp of becoming popular, either for the first time or a resurgence in 2014:

Why it's significant: The Galapagos Islands moves into the “top 5,” with Iceland and Belize coming into their own.

The five biggest travel trends for 2014:

Why it's significant: Extended family travel holds strong, while adventure travel appears throughout the report as the trend on the rise.

The five most popular international destinations in 2014:

Why it's significant: New Zealand breaks into the top-five, representing the third international favorite – alongside South Africa and Australia – for adventure enthusiasts. Italy maintains its dominance as everyone's favorite country.

Why it's significant: New York City regains its status as number one and Hawaii's Big Island joins the list, establishing the islands' dominance as a family playground.

The top five most popular destinations for families in 2014:

Why it's significant: Costa Rica drops from second to fourth, and Italy holds firm in first for three years running.

The five most popular cruise itineraries for 2014:

Why it's significant: The Mediterranean regains its number one spot, moving Alaska down to number two.

The five most popular destinations for honeymoons in 2014:

Why it's significant: A new addition to the survey, the allure of Italy holds strong, while some closer-to-home beaches also make the cut.

The five most popular destinations for romantic getaways in 2014:

Why it's significant: With the Maldives displacing Fiji from the top five, these romantic locales are further away than perennial honeymoon favorites such as Hawaii and the Caribbean.

The five most popular adventure destinations in 2014:

Why it's significant: Peru bumps Australia from fifth to sixth place.

The top reasons people will travel in 2014: