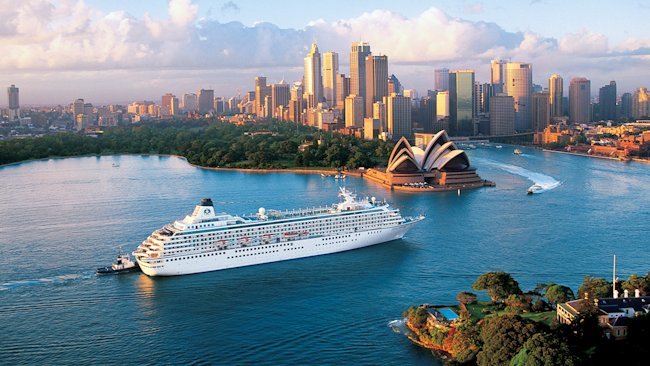 Australia continued its reign as the top dream destination and newcomers such as the Amalfi Coast, Rio de Janeiro and Saint Petersburg made their debut, while perennial favorites Paris and Rome stood firm at the top of survey categories. Cruising also continued to rank high, with European river sailings besting other itineraries and a round-the-world cruise topping the trips of a lifetime. This mirrors what Virtuoso sees in consumer demand, with 2015 world cruises nearly sold out already. (A full report of findings appears at the end.)

• Go-Getters are active, adventurous and want to see and do it all on their vacations.

• Dream vacations: Traveling the Trans-Siberian Railway, cruising the Amazon, zip-lining with the kids in Costa Rica and biking with the family through Tuscany.

• The Connoisseur likes the best of everything, and indulges interests and passions while traveling.

• Virtuoso recommends: Wine-tasting your way through Bordeaux over the course of eight days on Viking River Cruises’ 190-passenger Viking Forseti. Guided excursions include vineyard visits, blending Cognac, learning about truffles in Dordogne, dinner at a private chateau and city tours of Bordeaux, Blaye, and medieval Saint-Émilion. Departures: Multiple departures through December 19, 2014; from $1,956.

• Classic Travelers are loyal to the places they love and will return multiple times to their favorite destinations.
• Dream vacations: Taking over a French villa with their family, going on a world cruise or riding the Orient-Express.
• Virtuoso recommends: The Venice Simplon Orient-Express has launched service from Brussels. Options include two-day direct journeys from Venice to Brussels and five-day itineraries that feature two hotel nights in Budapest as well as two nights on the train. Departures: Multiple dates through November 2, 2014; from $2,810.

• The Relaxationist travels to get away from it all to restore and rejuvenate.

• Dream vacations: Lounging on a beach in Tahiti, staying in a Paris apartment and relaxing in the Maldives or the French Riviera.

• Virtuoso recommends: For the kids’ first glimpse of Cannes, Rome, Florence and Naples, Disney Cruise Line’s eight-day voyage on the Disney Magic sails round-trip from Barcelona. Departures: August 15, 22, and 29, 2015; from $4,656 for a family of four.

• The Trendsetter is all about what’s new and next and is an early adopter of emerging destinations.
• Dream vacations: going on safari in Namibia, heading to space with Virgin Galactic, river cruising in Myanmar and wine tasting in Chile.

• Virtuoso recommends: Hike Sossusvlei’s giant dunes and track black rhinos and desert elephants in Damaraland on Swain Destinations’ Namibia safari. The ten-day adventure wraps up at Etosha National Park, home to giraffe, free-roaming lions and cheetah. Departures: Any day through October 31; from $6,235.
Whether they are renting private islands, tracking the “big five” on safari, or visiting the Holy Land, Virtuoso’s survey showed that upscale travelers of all types are looking to see as much of the world as they can.

Top Trips of a Lifetime

Where to Set Sail

The sweepstakes portion of the survey yielded one lucky winner a Grand Prize valued at more than $35,000: a 12-day cruise for two in a penthouse cabin aboard the Crystal Symphony, sailing from Singapore to Bali with air courtesy of Etihad Airways. Virtuoso also awarded five cash prizes of $1,000.

The Travel Dreams Survey, conducted between February 1 and March 31, 2014, saw 8,830 responses from 33 countries. Please visit Virtuoso.com for more information. To be connected with a Virtuoso travel advisor to reserve any of these travel opportunities, please contact Virtuoso at 855.570-3830.