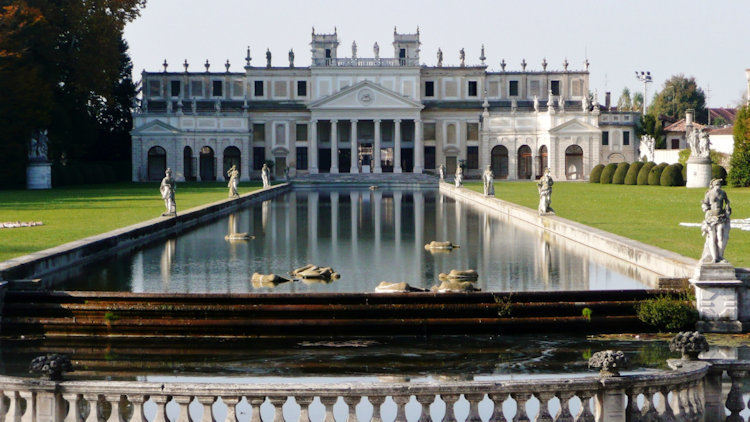 Stepping into an ankle-deep puddle, I almost lost my footing and quickly had to grab the hand of an elderly gentleman who then ceremoniously led me onto a large wooden plank sitting atop several inches of water, courtesy of the Grand Canal.  Walking the plank before I reached the hotel door, a fierce gust of wind blew off my hat and turned my umbrella into a bowl-shaped, useless thing.  After this inauspicious start, if one were to look at me they’d see someone with eyes sparkling and a mouth turned upward in a silly grin.  So why is this gal smiling? It’s simple – I’m in Venice, and I dare anyone, in any weather and under any circumstance, not to greet the site of this Wonder on the Water without smiling.  Impossible. Can’t be done.  My venture into the Veneto region of Italy did, indeed, start off soggily but soon the fabled sun that graces this region was out and my umbrella was in – back in my luggage, not to make another appearance for the rest of the trip.

Once ensconced in my room at the Luna Hotel Baglioni, I was quickly transported into a Venetian dream with a window that looked out on a canal, water softly plashing against the hotel’s walls. That evening, my travel companions and I had a special treat awaiting us. We walked a short distance to Piazza San Marco and stood transfixed by a luminous silver sky, mauve clouds scudding quickly across the Campanile, and of course, ubiquitous grey pigeons swooping overhead in gay greeting.  We dined at the renowned Caffe Ristorante Quadri which dates to 1725. Over the years everyone from Stendhal, Proust, Wagner and Byron has dined here and in this pinch-myself moment, now me! 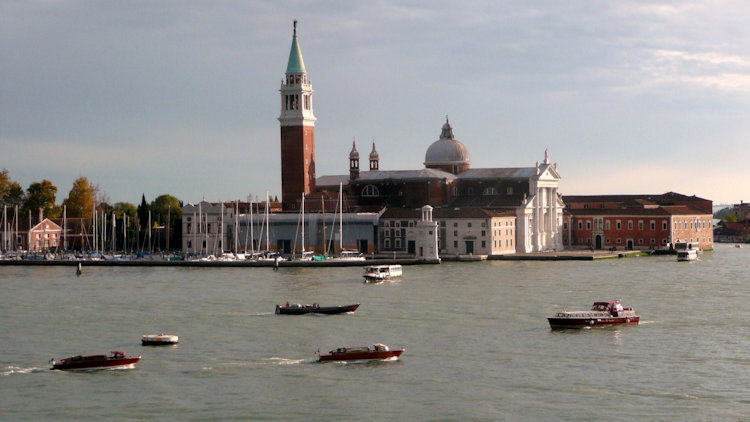 The best ride one will ever have and one of life’s great pleasures – plying the waters of the Grand Canal.  I had the feeling I was in a living Canaletto painting, the sky an impossible blue and surrounded by ancient palazzos, their colors soft terra cotta, cream, gray and beige.  This great road of water was filled with vaporetti, motorboats and gondolas, the boat moorings like peppermint sticks jutting up from the water - a scene that will thrill even the most jaded world traveler.  While on the Canal, we made a stop to visit the Peggy Guggenheim Collection at Sestiere Dorsoduro 701.  This is among the most important museums in Italy for European and American art of the first half of the 20th century.  It’s located in Peggy Guggenheim’s former home, Palazzo Venier dei Leoni.  The museum was inaugurated in 1980 and presents Peggy Guggenheim’s personal collection of 20th century art, masterpieces from the Gianni Mattioli Collection, the Nasher Sculpture Garden, as well as temporary exhibitions.

The city of Verona is 71 miles west of Venice, and is, of course, the setting for Shakespeare’s Romeo & Juliet.  A long-forgotten editor of one of the Bard’s plays wrote: “Verona, so rich in real history has an even greater charm for those who would live in the poetry of the past.”  Hummm - live in the poetry of the past -  that’s my kind of neighborhood, and the past is ever present in this, one of the great cities of Italy.

Our sightseeing took us, naturally, to Casa di Giulietta, a house the city acquired in 1905. Many locals believe that in the 19th century the house was a bordello, but I prefer to close my eyes and picture Juliet leaning over her balcony, swooning over that Montague boy.

This is a major art center of the Veneto.  Standing below the imposing façade of Padua University, Italy’s second oldest, we learned that Dante and Galileo were once professors here.  In the square, we heard a loud commotion, singing, shouting and laughing.  Turns out it was a large group of the university’s students serenading a recent graduate in a traditional and bawdy fashion. The embarrassed girl was being marched through the square wearing a crazy costume, her head adorned with a shower cap, flippers on her feet, and carrying a sign that proclaimed her graduate status.  The crowd sang something our guide loosely translated as “You’re a doctor now, big deal, go...yourself!”  All in good fun, but I suspect the graduate will be very happy when her “fun” is over.

The modest Chapel of the Scrovegni is one of the best reasons to visit Padua.  Sometime around 1305, the artist Giotto did several frescoes on the Chapel’s walls, and we stood enthralled before one of his most awe-inspiring, “The Last Judgment.” 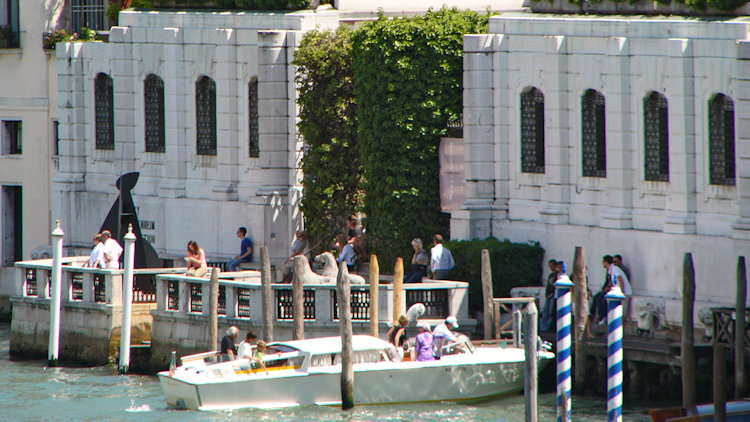 In the 16th century, Vicenza was transformed into a virtual laboratory for the architectural experiments of Andrea di Pietro known as Palladio, one of the great architects of the High Renaissance.  Here we came upon the alabaster-white Basilica Palladiana shimmering in the sunlight.  On our city tour, we were rendered speechless by one of Palladio’s greatest masterpieces, the Olympic Theater which was completed five years after the architect’s death in 1585.  The trompe l’oeil renderings on stage are, themselves, worth a visit.

In Treviso we strolled through this well-preserved ancient city gaping at the fantastically frescoed houses.  We sat on a bench by a slow-flowing canal and enjoyed a spectacular lunch at the Park Hotel Bolognese, a villa of the late 1800s. Viewing Dante’s Bridge, we were told it was so named because Dante actually referred to this town in his “Paradiso.”

The time to depart Italy arrived but no final farewell for me.  I prefer to say Arrivederci- so long for now, see you again.  And by the way, that silly grin that adorned my face when I arrived – well, I’m still smiling, and when you visit the Veneto, you’ll smile too!