Visit 6 of the Most Unique Beaches in the World 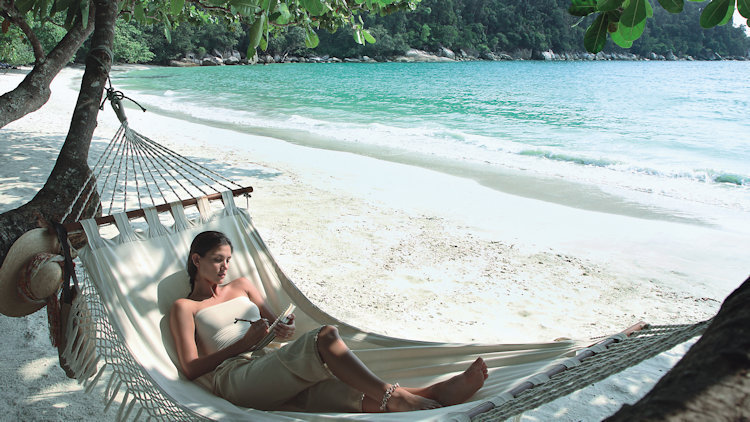 With international travel starting to open up, here are some of the best destinations where discerning beach-goers can plan a trip to relax on a few of the most unique beaches in the world:

Pangkor Laut Island - Emerald Bay Beach
Set off the west coast of Malaysia on its own 300-acre private island exclusive to guests, the five-star Pangkor Laut Resort is an exotic haven located amidst pristine ancient rainforests and beaches. The island’s Emerald Bay Beach is located on the opposite side of the resort in a quaint, secluded area, accessible only to guests of the resort. An under-the-radar oasis, guests can relax on the white sand, take a dip in the turquoise waters of the Straits of Malacca and enjoy a private meal or cocktails at the charming Chapman's Bar.

The French Rivera’s legendary town of Saint-Tropez is famous for their glamorous playground of rolling countryside sandy beaches. Once a humble fishing village, Saint-Tropez is now widely known as one of the most high profile coastal retreats in the world. While Saint-Tropez is known for its pulsing and lively packed beaches, there are some undiscovered retreats that offer the same stunning seaside experience without the crowds. Les Salins beach is a stunning space and known as one of the beaches with the finest and white sand of the region. For those looking for an escape from crowds, Les Salins is an unspoiled and quiet retreat for a relaxing day at the beach. During their visit to Les Salins, travelers should look to Hôtel Lou Pinet for luxury accommodations. Embodying the bohemian charm of Saint-Tropez, it is strategically located between Place des Lices and the peninsula’s most sought-after beaches. The hotel features 26 guestrooms and 8 suites, each bathed in natural light with private gardens, spa in partnership with Tata Harper, two bars, it's very own BeefBar restaurant butcher shop, and the largest pool in Saint-Tropez tucked away in a secret garden. 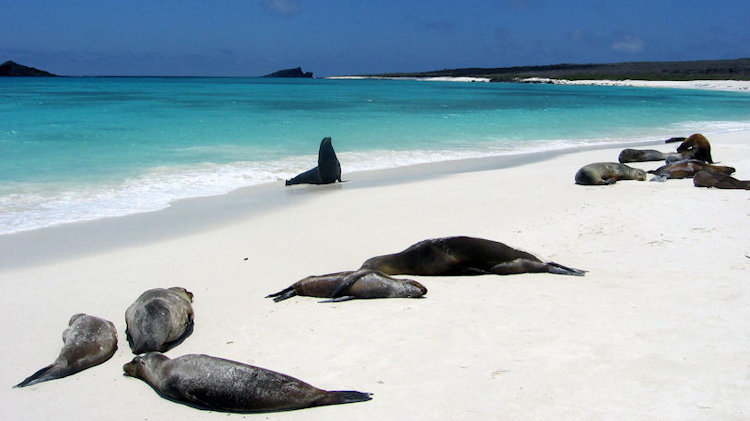 Galapagos Islands - Bahia Gardner
Bahia Gardner on Espanola Island in the remote Galapagos Islands is considered one of the best beaches in the world thanks to its abundant animal life, pristine white sand and turquoise water. If travelers are looking to get up close and personal with sea lions and birds, this is the place to go. The M/V Evolution and M/Y Grace operated by Quasar Expeditions offer seven-night itineraries around the islands with a day at Bahia Gardner for guests to explore and lounge on the beach, soaking up the sun and enjoying the wildlife around them.

Phuket - Pansea Beach
Pansea Beach in Phuket, Thailand is nestled among towering coconut palms and rolling hills, making for the perfect beach getaway. With Phuket officially opening for vaccinated travelers in July, The Surin Phuket is gearing up for a grand summer welcoming the return of guests from across the globe. The Surin is a luxury hotel that boasts an idyllic beachfront location right on Pansea Beach. Featuring 103 luxurious cottages and suites leading directly to the white sand beach, the understated elegance of The Surin shines with its contemporary designs by architect Ed Tuttle. Guests can fill their days with yoga and meditation sessions, snorkeling, canoeing, paddle boarding, or taking a complimentary catamaran sailing course all on the beach.

The Seychelles - Anse Victorin
In the middle of the Indian Ocean is Fregate Island, home to seven beaches – including the only privatizable beach in the Indian Ocean. The island’s crowning glory is Anse Victorin, which has been voted the most beautiful beach in the world. Guests of Fregate can enjoy Anse Victorin’s shallow, clear waters which are great for snorkeling and swimming. The plush sand beach is usually deserted, making guests feel like they are the only ones in the world.

Capetonian locals and visitors alike flock to the Cape Town’s pristine white sand and crystal clear water beaches. With the spectacular backdrop of the Cape Fold Mountain range, the Mother City’s beaches are one of the most scenic in the world. Since the Indian Ocean and Atlantic Ocean boarders the coastal city, there are many beaches to choose from, but popular and classic ones are the beaches of Clifton. Clifton Beach is naturally divided into four smaller beaches by large granitic boulders, and each has their own personality. Clifton 2nd Beach is where a modestly sized crowd enjoying the humble little beach can be found and Clifton 4th is the most popular and tends to fill by mid-morning. For an idyllic retreat after the beach, Ellerman House is an iconic hotel located very close by and showcases the best in South African culture through art, wine, and food. Located in Bantry Bay, Cape Town it offers spectacular Atlantic Ocean views against the dramatic backdrop of Lion's Head. Clifton's beaches are within walking distance, while the best local attractions are a 10-minute drive away.