Visit The Remote Republics of the Silk Road in Style 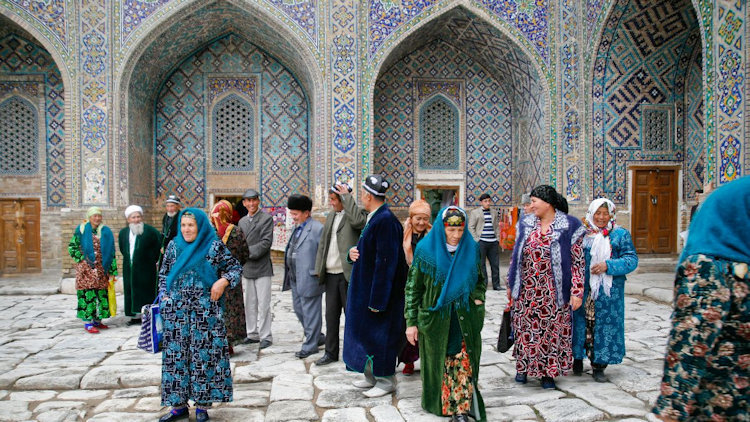 Golden Eagle Luxury Trains, the world's leading operator of luxury rail tours by private train, continues to access some of the most magnificent, yet rarely visited sites from the ancient world, with an extraordinary new journey introduced for 2020: Republics of the Silk Road. This new 17-day voyage of a lifetime aboard the stylish Golden Eagle train will sweep across the Southern Republics of the former Soviet Union, visiting the Five Stans - Turkmenistan, Uzbekistan, Kazakhstan, Tajikistan and Kyrgyzstan. In addition, due to high demand, 2020 will see the Golden Eagle add a further two Imperial Suites to its formation – bringing the total to five - and these will be unveiled on the first Republics of the Silk Road trip in April 2020.

REPUBLICS OF THE SILK ROAD (Moscow to Almaty)

This epic rail adventure begins in Moscow, where the Golden Eagle is waiting to whisk passengers on a remarkable journey to discover the mysteries, diversities and traditions of the ancient Silk Road. From the moment passengers step onboard the hotel-on-wheels, they can relax in the knowledge that everything is taken care of, from fine dining menus and fully guided sightseeing programmes, to cabin attendants and even an onboard doctor. Private en-suite cabins provide a sanctuary while the elegant Bar Lounge is the place to meet like-minded travellers.

After a day and night meandering eastwards from Moscow, the Golden Eagle arrives in Southern Kazakhstan for a visit to Baikonur, famous as the base of the Soviet Union’s space programme and from where Yuri Gagarin was the first human fired into space in 1961. Onward to Uzbekistan, the highlights here include: Kokand, located at the crossroads of the two main ancient trade routes, and where the Khudayar-Khan Fortress is found; the town of Andizhan, home to Jami Madrasah and Mosque, one of the biggest religious complexes in the region; Margilan, renowned for its silk production, where a factory tour is included; the stunning architecture of Samarkand, once one of the most important cities in Asia; Shahrizabz, where passengers visit Amir Timur’s statue and summer palace; the ancient cities of Bukhara and Khiva, both UNESCO sites and significant trading posts at the crossroads of Asia; and viewing the world’s oldest Koran at Tashkent, Uzbekistan’s capital. 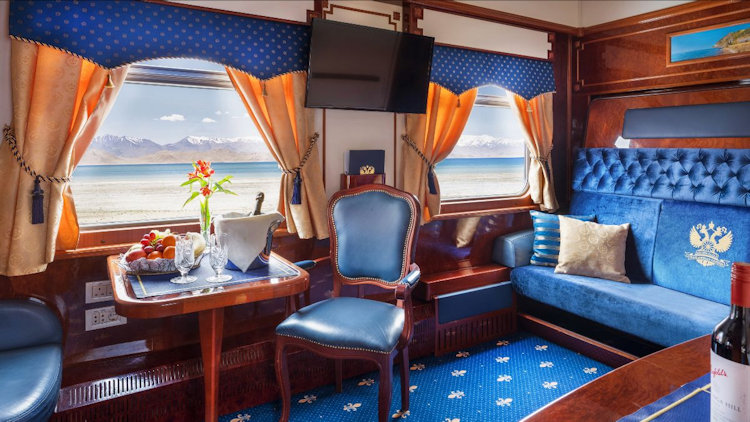 Weaving across borders, the Golden Eagle also dips into Kyrgyzstan, travelling to Osh, home to the sacred Sulayman Mountain, a popular destination for Muslim pilgrimages, and where guests can enjoy a walking tour of the city or a bread making class. Next up in Kyrgyzstan is a stop in the capital Bishkek and a guided tour of the open-air Museum of Petroglyphs at Lake Issyk-Kul where there is also a demonstration of eagle hunting, a 4,000-year-old art. In Tajikistan, another capital city is ticked off with a visit to Dushanbe where the opulent Kohi Navruz Palace is a highlight. While Turkmenistan reveals the ancient city of Merv, thought to have briefly been the world’s largest city in the 12th century, and the modern capital city of Ashgabat, known as the Las Vegas of the Kara Kum desert. The journey’s finale sees the Golden Eagle loop back into Kazakhstan to cosmopolitan Almaty, with its tree-lined boulevards and the Tien Shan Mountains which surround it, where guests enjoy a cable car ride for spectacular views of the city.

Price: from £17,495pp based on 2 sharing, including 2 nights’ hotel accommodation (1 in Moscow, 1 in Almaty), 14 nights’ on the Golden Eagle in Silver Class, all meals, drinks with meals (with generous allowance of quality wines), fully guided off-train excursions program, porterage, arrival and departure transfers, services of a Tour Manager and gratuities. Flights are extra. No single supplement offer available on 2020 departures in Gold and Silver Class. Departures: 5 April 2020; 2 April 2021.

Shorter variations are also available, among them a 10-day Jewels of the Silk Road round trip from Tashkent, visiting Samarkand, Shahrizabz, Dushanbe, Bukhara, Merv, Ashgabat and Khiva, from £9,995pp.