What Do the New Cuba Travel Restrictions Mean? 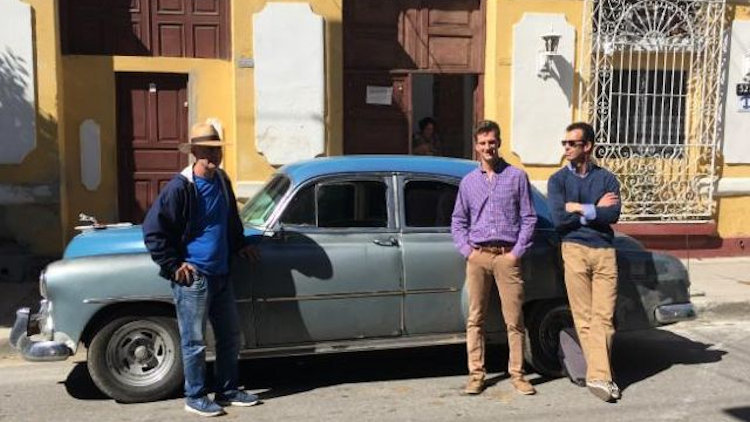 On Wednesday, April 17, the Trump administration announced that it would be issuing new rules about non-family travel to Cuba. For those who have already planned such a trip - or have been thinking about making them - there may be some concern about whether these trips can continue. Here's the latest information available from Classic Journeys Founder, Edward Piegza, curator of some of the most in-depth trips to Cuba.

How do the new rules affect travel?
EP: "So far, the Office of Foreign Assets Control (the section at the Department of the Treasury that regulates the trade and travel embargo to Cuba and which issues licenses for travel to Cuba, including the license Classic Journeys first received in April 2013), hasn't published any details about the policy change. The State Department's website doesn't show any new travel warnings, advisories or other notes on its page related to Cuba. All anyone knows so far is what national security advisor John Bolton said, "The Department of the Treasury will implement further regulatory changes to restrict non-family travel to Cuba."

Do I need to cancel my upcoming trip...or will it be cancelled?
EP: "Because no new details are in place, all Classic Journeys trips to Cuba are proceeding as planned. Neither we nor our advisors have any indication of when (or if) the new policy may go into effect or what the actual impact might be. It's impossible to tell for the moment if the announcement signals a serious policy change or if it was meant as a tactic to apply pressure to Cuba. Classic Journeys remains committed to the cultural exchange they've worked to foster since 2013 with Cuba and the Cuban people. Their guests say that their trips to Cuba have been some of the most meaningful and interesting experiences of their travel lives. Until there is specific guidance to the contrary, Classic Journeys will continue to accept reservations and run their programs as scheduled."

Has the Trump administration made other changes?
EP: "Yes. They've reversed several policies that were loosened during the Obama presidency. The current administration announced in 2017 that visitors from America would not be permitted to stay in hotels owned by the Cuban government. Keep in mind that there has been an ongoing story arc for travelers to Cuba, starting in 2013 when President Obama first granted Classic Journeys and a select group of other tour operators licenses to operate people to people programs in Cuba. At the time, that was effectively the only way for most Americans to travel to Cuba legally. Later in his term, President Obama created his own confusion for travelers when he signaled that Americans might be able to write their own people-to-people itinerary for travel to Cuba. This created a sort of wild, wild west approach to travel with travelers confused and hotels in Cuba overwhelmed. President Trump arrived in office and indicated that he might shut down all travel to Cuba only to eventually settle on what President Obama originally allowed in 2013. So, between spring 2013 and fall 2017 there was a complete evolution of how Americans could travel to Cuba, with people to people programs through licensed companies like Classic Journeys the way to go."

Will U.S. airlines keep flying to Cuba?
EP: "We may sound like a broken record, but once again the answer is that the recent announcement didn't address the scheduled flights to Cuba that are available now. Beginning in 2016, carriers including Delta, American and JetBlue launched regularly scheduled flights. If the new policy reduces demand, then it's only logical that they may pare back their schedules. So far, that hasn't happened."

How will this affect the people of Cuba?
EP: "We've made so many wonderful friends in Cuba and seen the lives of the Cuban people change for the better during recent years. So, of course, we're concerned about what it will mean to their prosperity and general welfare if the new travel rules are formulated and enforced. The Cubans have been through so much in the last 60 years. They've always managed to bear their hardships with grace and warm solidarity in their families and communities. One known feature of the new regulations is that they will cap remittances - the money that can be sent to Cubans from friends and family members in the U.S. - at $1,000 per person every three months. In a country where the median monthly salary is just $32, you can only imagine how a reduction in remittance income will impact everyday life. In addition, tourism had become a major source of income for Cubans, as well, so any reduction in that resource will echo throughout the country in a very negative way for the people who can least afford it and who we and our government want to help."

How should travelers and agents approach Cuba as a travel destination?
EP: "Until we can learn more about the follow-through on the broadly stated new policy, we are approaching Cuba as we always have - with care, enthusiasm, and with pride in the fact that travel has changed the lives of our American guests and the Cubans they've met in overwhelmingly positive ways. We urge you to hold fast to your plans. And if you've been hesitating to plan a Cuban trip, we encourage you to do so now."