What Sets an Irish Sweater Apart from Others 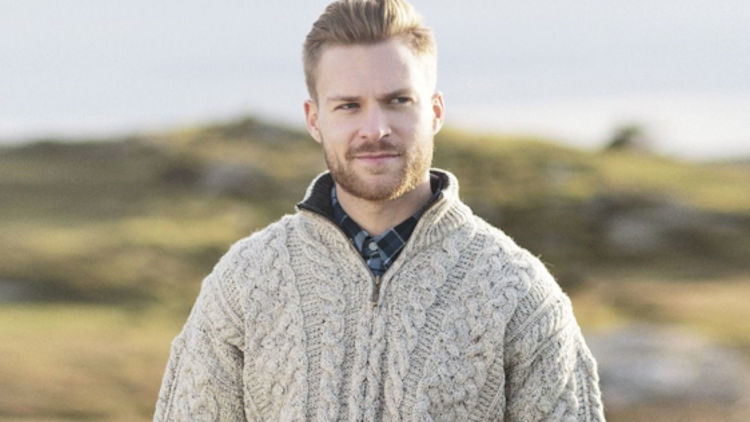 The Irish sweaters, also known as the Aran sweater or the Geansaí, are probably one of the most well-known and appreciated Irish garments in the world.  Although in the last years they had a revival, due to celebrities like Christ Evans and Taylor Swift popularizing them, Aran sweaters never really went out of style. Thanks to its unique design and high quality, what started out as a simple fisherman's jumper to keep him warm and dry while fishing in the sea has evolved into an elegant unisex garment adored by people all over the world. With that in mind, here are three characteristics that distinguish an Irish sweater from others: 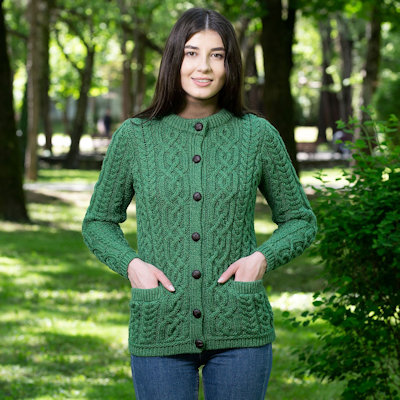 To begin with, Irish sweaters have a long tradition and have played an important part in the lives of many people. Its origins can be traced back to the Aran Islands, which are known for their prehistoric Celtic cultures and well-preserved history. The islanders' most common occupations were fishing and farming, which required them to be regularly exposed to natural elements such as cold winds and rains. When the Congested Districts Board decided to develop the islands' fishing industry in the late 19th and early 20th centuries, fishermen from all over Britain and Ireland moved to the Arans to help and train the locals. According to Wikipedia, the first Aran sweaters are thought to have appeared around this time, as a combination of the already existing guernsey jumpers introduced by the migrants and new patterns and fabrics used by the locals. The untreated wool that was used by the Aran women to knit the sweaters retained its natural oil, lanolin, which made the sweaters not only warm but also water-resistant, a much-needed quality especially when at sea. In 1914, in order to develop the western rural areas, the first knitters' schools were opened, which increased the production of Aran sweaters and made them an export product of the islands. Later on, Aran sweaters became increasingly popular, especially in the mid 20th century, when they were included in a number of articles in Vogue magazine which made them a fashionable garment. 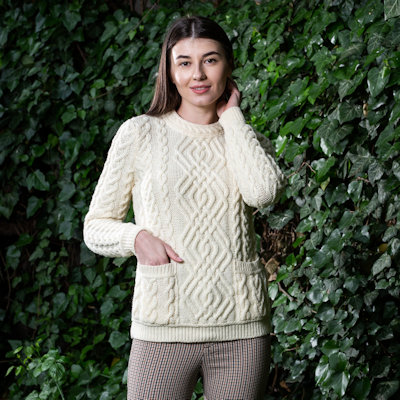 As previously mentioned,  Irish sweaters were originally made of unsourced local wool since there were no other, finer fabrics accessible on the islands. These sweaters, though comfortable and water-repellent, might not be the best option for our days, as many people find them too bulky, itchy, and difficult to care for. Nowadays, the most commonly used fabric for knitting these sweaters is merino wool. This type of wool gives you pretty much every benefit you could think of: it is comfortable, lightweight, odor-resistant, wrinkle-free, stain-free, soft, and every other thing you would need in a sweater, you name it. It is also more affordable than traditional wool and is sure to last for a lifetime. Go to new relaunched Tara Irish clothing website for Irish sweaters made of high-quality merino wool that will suit you perfectly while staying within your budget. We selected our top pics from Tara suitable for those colder rainy days. 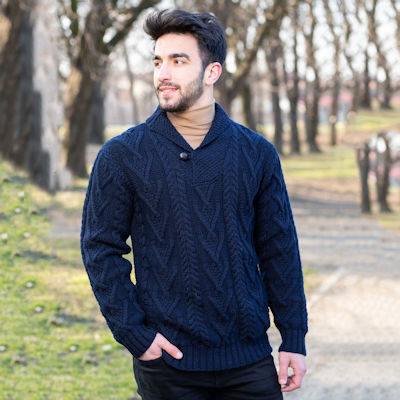 On the islands, Aran sweaters quickly became more than just a piece of clothing. It is believed that every family had a distinctive pattern that was passed on from generation to generation and that every stitch had a meaning. For example, the most commonly used cable stitch represented the fisherman’s ropes and was meant to express a wish for safety and good luck in the sea. The honeycomb illustrated the hard-working bee and the rewards sweet just like honey and it was also considered to be a symbol of good luck. Another frequently used stitch, the tree of life, reflected the life stages, such as birth, childhood, adulthood, marriage, and death; it also highlighted the importance of a strong and unite family and was thought to be a wish for healthy children and long life.  Many patterns also had a religious significance, for example, the tree of life which can also be interpreted as a pilgrim’s path to salvation, or the blackberry, that normally depicts the abundant harvest, but is also known as the Trinity stitch and can be given religious connotations. Other stitches represent nature and the landscapes of the islands, such as the zig-zag that was used to represent not only the ups and downs of married life, but also the twisting coastal paths to the sea, or the Irish moss, which illustrated a type of seaweed found on the Irish coast and promised good harvest.