What to Expect When You Travel to Vietnam: Reality vs. Expectations 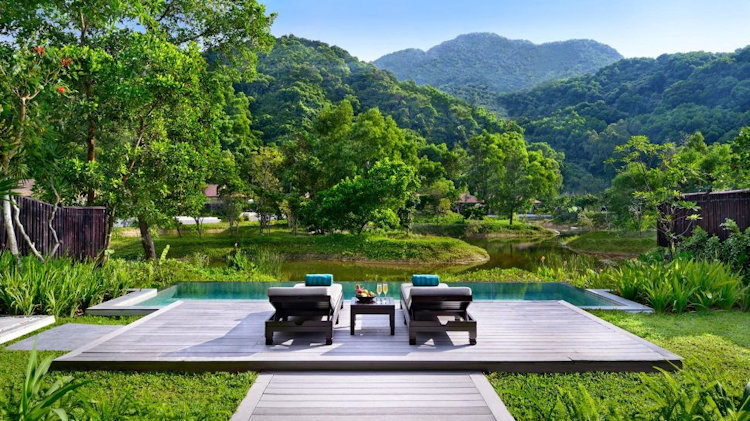 If you are one of those travelers seeking an adventurous experience in Southeast Asia, Vietnam should definitely rank top on your bucket list. Why? Vietnam is home to so many posh hotels and restaurants, pristine beaches and a diverse culinary scene. Contrary to popular opinion, Vietnam is a country endowed with majestic scenery ranging from several eye-catching mountains to the lush forests; not to forget the fascinating Islands too. The country also offers some mouth-watering spread of food (little wonder why many proclaim Vietnam as a foodie’s paradise. In this post we are going to discuss some of the beauties of this interesting country while also debunking some common misconceptions about Vietnam.

What you probably expect: Vietnamese cuisine is all about Pho.

We all have heard about that bowl of Vietnamese beef soup called pho. The seasoned hearty beef broth, which features tender beef slices, and paired with delicate rice noodles before being garnished with onions, cilantro and Thai basil. But is that all there is to Vietnamese cuisine? Far from it! Don’t believe what you read in some books about pho being the most common bowl in Vietnam

If you think Vietnam is all about pho, think twice about this because the country is filled with a myriad of other yummy local delicacies. During your stay in Vietnam, you will be treated to other savory local delicacies such as Banh mi (baguette sandwich filled with vegetables and grilled meat), Nem nuong (very popular rolls from the Nha Trang Province), and Bun Cha (round rice noodles served with grilled fatty pork). Do not be discouraged by what you read about the country in some posts because Vietnam is filled with quite a number of delightful dishes.

What you probably expect: Air Pollution is quite prominent in Vietnam

Oh yeah, with motorbikes everywhere, Vietnam is portrayed as a country with messy environments. But, what else can you expect from a country where personal means of transportation is a necessity rather than being a luxury, and since many of the locals cannot afford to buy cars, motorcycles have been the saving grace. Consequently, this has led to traffic congestions as well as severe deterioration of the country’s air quality.

While a large part of the country can be considered an agrarian society, the same should not be said of the countryside. The countryside is a stark contrast from the bustling Vietnam cities, and when you visit these areas, the exact view that you will see is that of a perfectly manicured rice terraces against the beautiful backdrop of lush forests. And guess what, the air in these areas is so crisp and fresh. If you are planning to travel to Vietnam, be sure to include a visit to the countryside (Hanoi is a great place to start).

What you probably expect: Most Vietnamese are Buddhists and there are a lot of temples around

When you take a trip to Vietnam, you should expect to see many elaborate temples, shrines, and pagodas as you explore one Vietnam from the north all the way down to the south. These structures are not just historical monuments but religious spots where devoted Vietnamese go to offer their prayers, supplications, and receive blessings.  These temple collections also dot the cities with dashing beauties.

The Reality: Some Vietnamese are Christians

What you probably expect: The locals only wear traditional clothes

Every one of us, aside from those living in Vietnam, is probably guilty of associating Vietnamese women with traditional attires and conical hats. We all believed that the Non La, a conical palm-tree leaf hat, is a signature of every Vietnamese woman.

The Reality: Vietnamese are trendy and modern

Just the way you will find local brands within the cities of Vietnam, expect to find popular international brands like H&M, Zara, and Pull&Bear too. Vietnamese, both men and women, are quite fashionable and they rock the latest designers too.

Conclusively, Vietnam is no longer what it used to be decades ago, when it was a country recovering from the effects of war. These days, the country is one of the most exciting, beautiful, and economically stable in Southeast Asia, and you should try visiting at least once in your lifetime.