What's In a Name? Hotels Inspired by their Inimitable Namesake Personalities 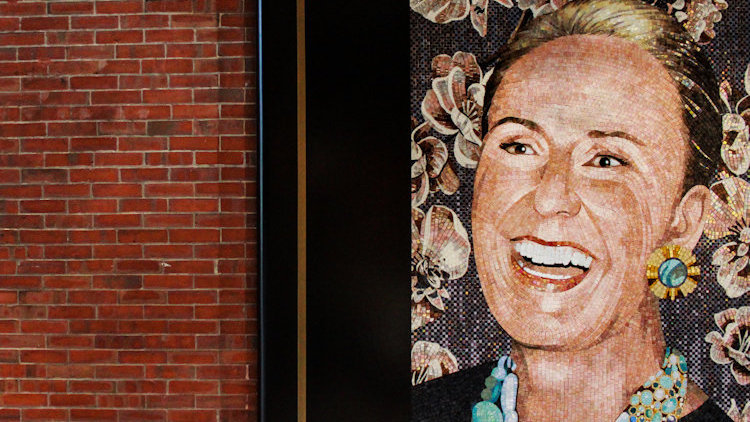 A good hotel provides a comfortable place to sleep, nice amenities, and satisfactory service, but a great hotel encompasses a personality all its own, creating a destination that keeps travelers coming back time and time again.

Oftentimes hotels evolve over the years, gaining notoriety and building character through time, but a select few are homages to real-life luminaries who inspired their families, peers, and generations. Below are several examples of hotels named after larger-than-life personalities, and how their characters are continuing to inspire travelers generation after generation.

The Beatrice opened in October 2021, marking the first boutique hotel in Providence in nearly a decade. The luxury property is owned by the Paolino family, who designed the hotel in honor of their family matriarch, Beatrice Temkin. Beatrice's eminence in the Providence community as a writer, philanthropist, and friend left a profound impact on the city, and her legacy lives on through the Beatrice. Her modern but elegant style is incorporated throughout the hotel, and guests get a glimpse of her fun, creative spirit through intimate touches like the "Bea's Books" reading program in each room. She always hinted that she wanted her son to name a hotel after her, but with a mosaic of her welcoming each traveler through the doors of the hotel, she remains one of Providence’s most hospitable forces even today.

The Shelbourne is Dublin’s most prestigious and historic five-star hotel. For almost 200 years, it has offered its guests an unforgettable experience of luxury, comfort, and authentic Irish hospitality. The Shelbourne’s position at the geographic and social heart of Ireland’s capital has always made it a favorite destination for distinguished visitors from around the world. Looking out over the beautiful St. Stephen’s Green, it is surrounded by the city’s best-known landmarks, most significant historical and cultural sites, and most popular shopping areas. The Shelbourne’s name is the brainchild of hotel founder Martin Burke who decided to name the grand hotel after William Petty the 2nd Earl of Shelburne. The Earl, originally from Dublin, was a former Prime Minister of the United Kingdom (1782-83) and was responsible for securing peace with the United States during the revolutionary war. Additionally, he had once owned a house on the same site (The Shelbourne was created by combining several townhouses) and it was a subtle way to associate the business with nobility, pedigree, and the ascendancy.

The Crawford, the hotel located inside Denver's dramatic Union Station,  is named for renowned urban preservationist Dana Crawford. A longtime Denver resident, Dana Crawford is both the namesake and the driving force behind The Crawford. As a member of the Union Station Alliance, Crawford worked tirelessly to preserve and revitalize the iconic station, eventually bringing it back to its former glory. Throughout her career, Crawford aided in the revitalization of not only Denver Union Station, but also much of downtown Denver’s historic sites.