Where Does the World's Best Coffee Come From? 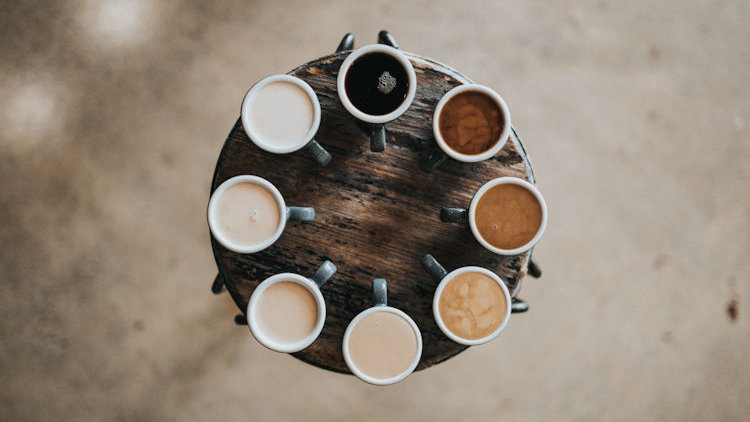 Coffee, that magical beverage that gets millions of people going in the morning. The intimate relationship we have with coffee calls for better knowledge of its origins, where it comes from, and who does it best.

Just like with the grapes that are used to make wine, the properties of the beans that make coffee are mostly determined by the conditions in which they’re grown, such as sunlight, rain, soil, altitude, and even the mechanism of their picking. As artisanal roasts grow in popularity, consumers are now faced with more and more complex coffee menus – not just lists that tell you the different prices of a latte or cappuccino, but ones that offer the same drink made using espresso beans from several different origins. These are some of the places where the world’s best coffee comes from, along with the different ways that coffee is served.

You may have already heard that Ethiopia is the birthplace of coffee, where some of the best beans are grown. There is a guide to coffee from Ethiopia that tells the story of how an Ethiopian goat herder, Kaldi, was the first to discover coffee and its benefits as early as 850 AD, when he observed their energizing effects on his goats. Thanks to the high altitude growing conditions, the country is known to produce the best coffee in the world. The country is especially famous for its Harrar coffee, which is grown in the highlands of the Eastern part of Ethiopia on small farms. Harrar usually has a wine accent, with a little astringency. Depending on the growth conditions, it may also have a spicy or fruit flavor.

The coffee in Costa Rican is known to have a classic taste with an overall good reputation – this is mostly because the beans are well rounded on all fronts. Generally speaking, the country’s coffees are wet-processed Arabicas. It’s interesting to know that a law was passed in 1989 prohibiting the planting of low-quality beans in the country, encouraging Costa Rican farmers to seek true excellence. The plant of the Arabica coffee beans is very delicate, for it needs specific climate conditions to thrive, like high altitudes and mild temperatures. The coffee beans that grow on the volcanic soils of the mountainous regions of the country turn out to be smooth and soft, with a rich, walnut-like flavor.

Brazil is the world’s largest coffee producer, responsible for a whole third of all the coffee we consume. The country is covered by over 10,000 square miles of coffee plantations, mostly located in the southeastern states where the environment is ideal for consistent conditions for coffee production. Because of the huge volumes of production, the country is not known for one specific strain. Brazil grows everything from mass produced cheap coffees (like lower grade Arabica), to sophisticated and elegant coffees. The climate, soil quality and altitude, usually which variety will grow best in which region. You can tell a good cup of Brazilian when your beverage is clear, sweet, medium-bodied, with low acidity. Many coffee brands like Starbucks, Dutch Bros. and Tim Hortons import their coffee beans from Brazil.

Arabica coffee beans are also grown in Colombia, making the country a giant in the coffee business, supplying 15% of the world’s coffee. Thanks to its excellent climate, perfect soil, and the exact right amount of sunlight and rainfall, Colombia is celebrated for producing some of the most superior beans with rich flavors.  Colombian producers are also famous for ensuring that their harvests are picked by hand, a process that guarantees telling the difference between green beans, unripe beans, overripe beans, and the ideal coffee cherry.

Jamaica is famous for producing one of the most expensive, premium coffees on the planet. Globally speaking, the country’s Blue Mountain coffee is one of the rare variants. It carries an exquisite taste that’s extremely well-balanced in flavor, with an excellent body, and a pleasant medium acidity (rare in coffees with such a nice body). It’s smooth, clean, sweet, and mild. This rare bean must be grown in the Blue Mountains on the eastern part of the island of Jamaica – in the parishes of Portland, St. Andrew, and St. Thomas – between 2,000 to 5,000 ft., and come from only five certified estates, which is a very limited area to grow. That’s why it’s very pricey to purchase, and is considered a luxury commodity.

Arabian Mocha is one of the most famous coffees in the world, and has been cultivated and traded for centuries in the Arabian Peninsula. Around the 15th century, the beans were being grown in the Yemen district of Arabia, and by the 16th century, they were known in Persia, Egypt, Syria, and Turkey.  While the appearance of the coffee beans can scare away people, for they’re small, with an unstandardized shape, and are usually broken up, the Arabian Mocha is considered one of the most delicious coffees in the world, with a rich chocolatey flavor and subtle wine notes. Due to the small production volumes, the Arabian Mocha is hardly ever exported.

In addition to Ethiopia, Costa Rica, Brazil, Colombia, Jamaica and Yemen, other coffee-producing countries that deserve a notable mention include Guatemala, Kenya, Mexico, Ivory Coast, Indonesia and Vietnam. Because coffee beans are as sensitive as grapes, their taste and qualities are strongly influenced by a variety of factors such as climatic conditions, altitudes above sea level, and other growing circumstances. This means that the same species and type of coffee can vary dramatically in its flavor and consistency depending on rain, sun exposure, and soil composition.

If you're one of the millions of people who drink coffee on a regular basis, it’s good to know that there are actually plenty of benefits when drinking coffee. For instance, coffee drinkers may lower their risk of heart disease, diabetes, and some types of cancer.

Coffee contains many antioxidants, which help fight free radicals and other toxins in your body. Coffee also contains high amounts of magnesium, calcium, and potassium, which are all important to maintain healthy bones and muscles.

Next, coffee may help protect you against heart disease through the chemicals that can prevent damage to your blood vessels. In addition, if you have a genetic predisposition for diabetes, drinking coffee each day may help reduce your risk of developing type 2 diabetes. As coffee may lower your cholesterol, your blood pressure is kept on a stable level. Thereby, enabling you to keep a healthy weight. Coffee consumption has been shown to reduce weight in a number of different ways. For one thing, you're more likely to eat less when you drink it. Also, your metabolism is more active when you drink it, which can help you burn more calories.

Another one of the many benefits of coffee per day is its ability to stimulate brain activity. Coffee contains high levels of caffeine, which stimulates both the central nervous system and the endocrine system. When these two systems are stimulated, your brain gets a higher amount of oxygen, which improves your memory, focus, and alertness.

If you feel that coffee isn’t for you, there are other related beverages that you can also indulge in. For instance, tea, along the lines of boba and milk tea, have related benefits to that of coffee! This blog post explains more

While we are all accustomed to running over to the nearest coffee shop for our morning elixir – which is totally fine and justified, by the way – a true coffee connoisseur should seize every opportunity to try every type of coffee out there, and experiment with the strains to decide on a favorite. We can still enjoy our daily brew with its divine aroma that seems to wake up every brain cell in our skulls, while knowing that there’s more to this wonderful little bean that has the ability to turn the day around.