Where the Wealthy Will Travel in 2016 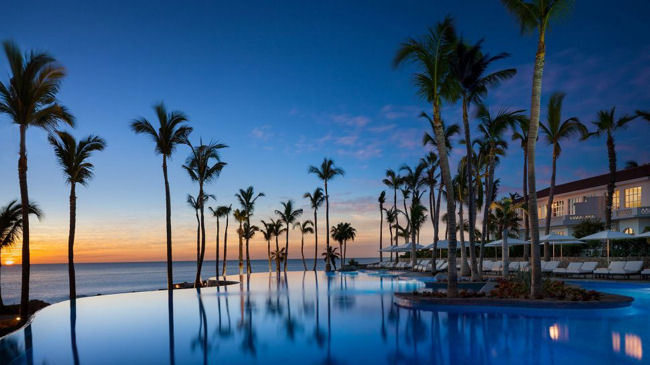 For the new Resonance 2016 U.S. Luxury Travel Report, we interviewed 1,667 U.S. travelers in the top 5% of households (household income of at least $200k or net worth of $2 million+) with 724 travelers falling in the top 1% (household income of $400k+ or net worth of $8 million or more) - the wealthiest 1% in the country. Our goal was to find out where the richest among us want to travel, their preferred hotel brands and the activities in which they participate while on vacation.

We found that the wealthiest 5% take an average of 14.3 trips per year compared to just 4.8 by the average U.S. traveler (about half for business and half for leisure). With an average expenditure of $3,115 per person per vacation and an average of 2.9 people per household, that adds up to spending of more than $390 billion per year just on leisure travel alone - making wealthy U.S. travelers the most lucrative leisure market segment in the world.

So where are they planning to spend that time and money in 2016? While Mexico, Canada and Europe are the most popular international destinations among both wealthy and general U.S. travelers, Caribbean destinations such as the Bahamas, Anguilla and the U.S. Virgin Islands stand out when it comes to attracting the top 1% of U.S. travelers.

Top 10 Vacation Destinations for the Wealthiest 1% of Households

The key to attracting the wealthy is offering hotel brands that resonate with them – both the top 5% and top 1% rate “upscale/luxury hotel or resort” as their preferred type of accommodation – and then providing exciting and experiential activities.

In Anguilla, where Resonance is currently marketing a Viceroy property, the government has focused almost exclusively on the development of luxury resorts, like Viceroy Anguilla, CéBlue Villas and Beach Resort, Malliouhana Resort, and the Zemi Beach House, which will open in February 2016 with beachfront residences starting at $2.1 million. And these efforts are paying off.

Total visitor arrivals to Anguilla increased by 17 percent from 2013 to 2014 and new projects like The Reef by CuisinArt, Manoah and Solaria contributed to a 38 percent increase in construction as they prepared for their openings. For a country that relies so heavily on tourism – ranking 7th globally for Travel and Tourism's total contribution to GDP – Anguilla needs to attract a high net worth travel market if it is to maintain market share in the highly competitive Caribbean market.

Similarly, Mexico attracts the luxury crowd thanks to established and highly rated resorts like Four Seasons and St. Regis in Punta Mita and the re-opening of high end resorts in Los Cabos that closed following 2014's Hurricane Odile.

The cliffside Resort at Pedregal on the southernmost tip of Cabo debuted a new champagne terrace overlooking the Pacific; One&Only Palmilla reopened after $140 million of renovations; and Montage Los Cabos will open its doors in 2017 boasting a 1,400 acre luxury community with 122 guest rooms, 52 ownership residences and a main pool spanning two levels overlooking the Sea of Cortez. And not to be over looked, Ritz-Carlton's Reserve (a luxuriously experiential offering) is also preparing to open in Los Cabos in 2017. Features include a desert botanical theme park, fisherman's wharf, a 500-slip marina, and two private championship golf courses designed by Jack Nicklaus and Greg Norman.

According to our study the hotel brands most highly regarded by the Top 5% of U.S. Travelers are:

President and CEO of top-ranked Ritz-Carlton, Simon Cooper, told Bloomberg that the key to the brand's success is to develop such a strong emotional engagement between hotel staff and guests that a guest won't even consider staying anywhere else.

“It's all about people. Nobody has an emotional experience with a thing. We're appealing to emotions,” Simon says.

Cooper told Forbes that Ritz-Carlton's appeal also comes from being more than a hotel company.

“Whether you are spending a night, spending a week, buying five weeks of fractional ownership or buying a lifetime in the Ritz-Carlton, we feel that we represent lifestyle, that we have moved beyond being just a hotel company.”

However, the hospitality field is increasingly crowded with lifestyle brands, and Ritz-Carlton, like all others, need to continue to distinguish themselves.

To learn more about the destinations the wealthy plan to visit in 2016, the brands favored by the Top 1%, the activities and experiences that resonate with them and the distinct types of luxury travelers we've identified, you can purchase our new 2016 U.S. Luxury Travel Report here
Like Us
Facebook
Follow Us
Twitter
Follow us
Instagram