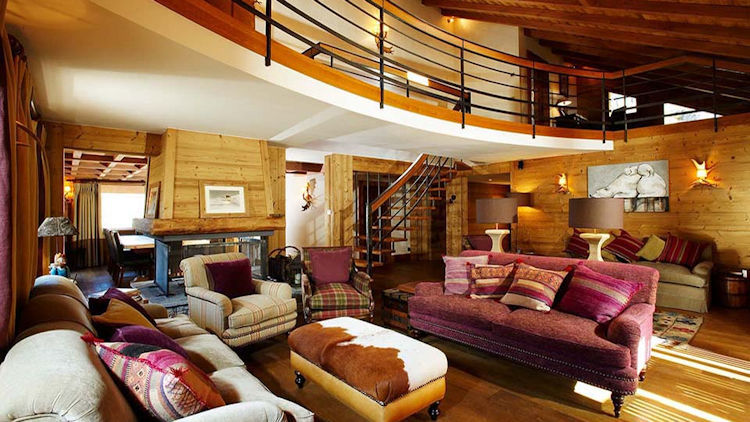 Way back in 1938, British skier Peter Lindsay had a dream. His dream was to create a new, purpose-built ski resort in the French Alps, while at the same time ensuring that the development remained faithful to the local architectural traditions and beautiful mountain scenery that surrounded it. The resort came into being when he constructed the first lift, a fixed rope sled that could seat 31 people. That ski resort became the now world-famous winter playground of Meribel in the Tarentaise Valley.

Even though Meribel has rapidly evolved into a major international ski resort, it has thankfully remained faithful to Peter Lindsay's original aims and all the buildings in the town are carefully constructed in the traditional Savoyarde style from wood and stone, making Méribel one of the most attractive ski resorts in France and a delightful contrast to the many bland and soulless purpose-built resorts developed in the French Alps in the 70’s and 80’s.

Meribel’s reputation as a playground for the rich and famous began when Brigitte Bardot was spotted in the town in the 1960s. Since then its glamorous and exclusive reputation has been further enhanced by frequent visits from celebrities such as the Beckhams, the Middletons and Emma Watson, who even bought a £1 million chalet in the town when she was just 18.

Méribel has grown into one of the great ski resorts and is at the very heart of the 3 Valleys, the largest and, for many, the finest ski area in the world. Known for its pretty, chalet-style architecture, wooded surroundings and friendly, village atmosphere, its popularity as a resort for rich and famous visitors is enhanced by the fact that it is a lot more private than its neighbor Courchevel. Many stars and celebrities enjoy staying in the many secluded private 5* and 6* chalets dotted around the village that cater to an exclusive clientele that expect luxury features, gourmet food and personal service as standard

Aside from the impressive portfolio of high-end luxury accommodation options available, the town is also blessed with numerous fine dining establishments both on the mountain and down in the village itself. The most famous is L’Ekrin, Meribel’s only Michelin-starred restaurant, located on the Route de la Montée in the resort center.

Chef Laurent Azoulay brings his creativity, experience and talent to the fore in his dishes, serving up fine food accompanied by wines from the restaurant’s well-stocked cellars in an atmosphere of chic sophistication. Other notable fine-dining restaurants in Meribel include La Fruitière, Le Poste, Chez Kiki and the renowned La Folie Douce.

As you would expect, Meribel also offers plenty of opportunities for high-end retail therapy in the many fine upmarket stores in the town, such as the chic Coco boutique in Méribel Village which offers numerous designer brands, and Sport Boutique in Méribel centre, where labels like Prada, Longchamp and Dolce & Gabbana are to be found.

In addition, there are several boutiques specializing in French children’s fashions and luxury ski gear and, in recent years, several interior design shops have appeared, offering high quality items mainly in a chic, contemporary chalet-style such as Scandi 73, Vent d’Est and Home Déco.

However, Meribel’s popularity and legendary status among wealthy skiers is not just down to the super luxury chalets, high-end shopping and exclusive fine dining establishments. The fact that it also offers world-class skiing is a big part of the attraction.

Meribel resort is part of the Les Trois Vallées, the largest connected ski area in the world giving access to 8 ski resorts with 183 ski lifts, a reported 600km of ski runs and a top elevation of over 3,200 m. Connected resorts include well familiar names like Courchevel and Val Thoren, as well as lesser known gems such as Saint-Martin-de-Belleville and La Tania.

The charm and sophistication of the town, the availability of the most luxurious ski chalets, the high-end shopping and exclusive fine dining experiences, and direct access to some of the best skiing in the world ensure that Meribel’s position as the resort for a luxury skiing experience is unlikely to be challenged any time soon.