Wildflower Season is in Full Bloom in Western Australia 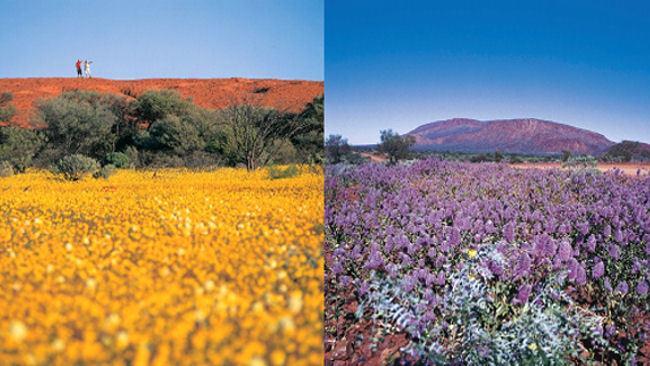 Wildflowers begin to appear in the North West, Golden Outback and Coral Coast regions of the state in late-July, and extend through the South West until late-November. Over half of Australia's biodiversity hotspots and a significant percentage of its unique flora are found in Western Australia, making it home to the largest collection of wildflowers in the world.

See below for details on where to view wildflowers in each of Western Australia's five, unique regions, as well as festivals, events and wildflower tours.

WHEN TO GO AND WHERE


Western Australia, the largest state in Australia, is divided into five distinct regions. Travelers can truly “Experience Extraordinary” when exploring the State's many natural wonders unique to Western Australia. Australia's North West is home to spectacular natural attractions, including the Bungle Bungle Range in World Heritage-listed Purnululu National Park, the world's only Horizontal Waterfalls, and the famed white sands and turquoise water at Broome's Cable Beach. Travelers to Australia's Coral Coast can swim with the world's largest fish, the whale shark, and explore Ningaloo Reef – the world's largest fringing reef which can be accessed from the shore. Australia's Golden Outback, the Gold Rush country of the 1890s, offers the ideal blend of history and heritage. Western Australia offers the largest collection of wildflowers on earth. The State's capital city, Perth, and its surrounding regions is a microcosm of Western Australia, boasting vineyards, fantastic restaurants, a lively and original music and arts scene, and stylish accommodations. Perth is also home to Kings Park and Botanic Garden, one of the world's largest inner city parks. Featuring beautiful beaches, tall tree forests, and award-winning wineries, the South West is home to the Margaret River region, which produces more than 25% of Australia's premium wine. With over 220 wine producers in the region, travelers can explore more than 100 cellar doors that are open to the public. For more information on the extraordinary experiences in Western Australia, please visit www.westernaustralia.com.