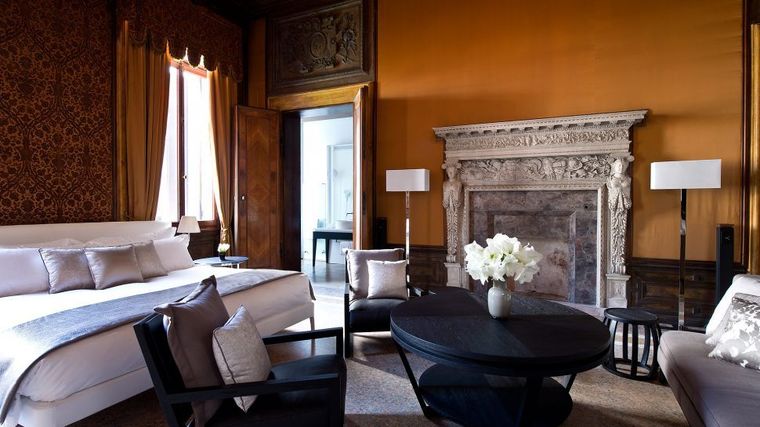 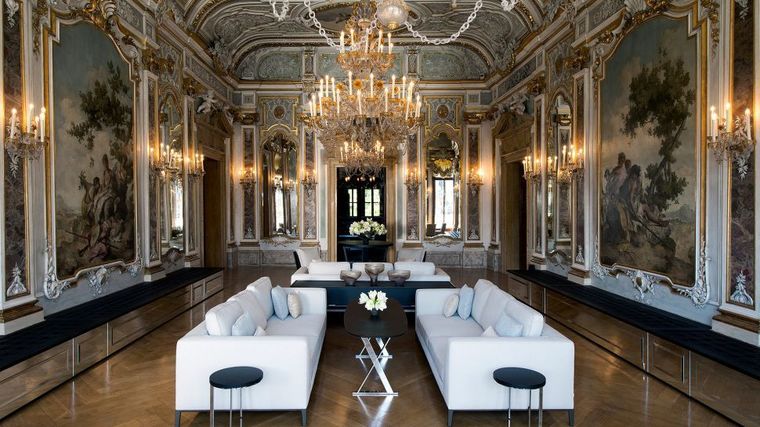 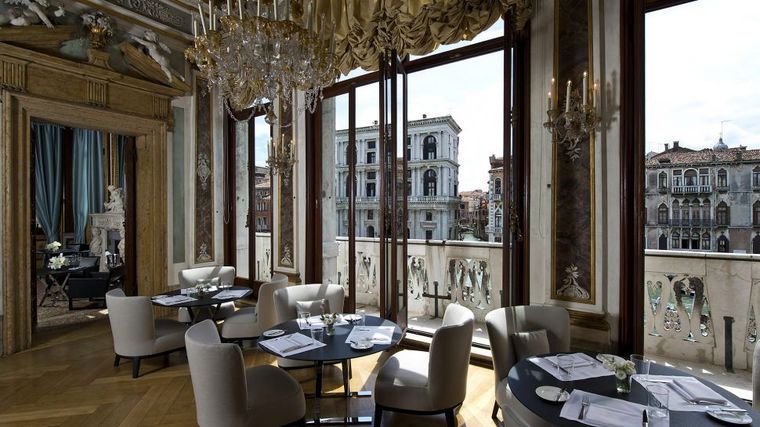 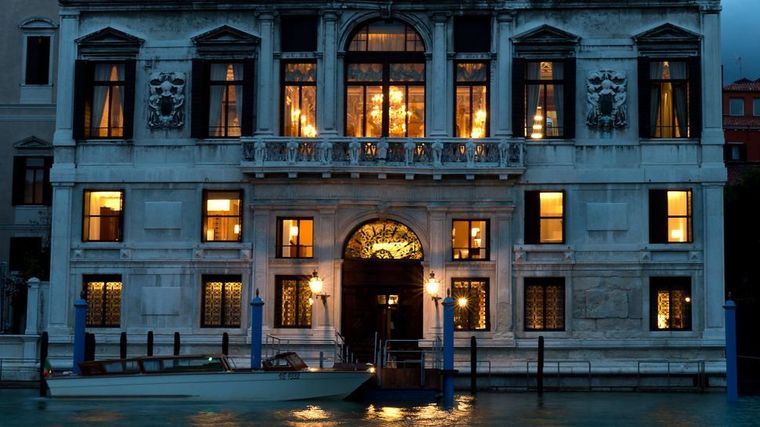 Guests usually arrive at Aman Canal Grande Venice by boat, docking at a landing that leads directly into the palazzo's Reception Hall.

The palazzo in which Aman Canal Grande Venice is housed, Palazzo Papadopoli, was built in 1550 by the architect and follower of Sansovino, Gian Giacomo de Grigi, as commissioned by the Coccina family. The Coccinas were wealthy traders and seafarers who had recently moved to Venice from Bergamo. The palazzo was sold to the Tiepolo family in 1718 after the death of Francesco Coccina, the last descendant. Avid art collectors, the Tiepolos built an impressive library and gathered treasures from all over the world which were viewed by many notable figures of the time. The Tiepolos also employed the painter Giambattista Tiepolo to decorate rooms with frescoes which still remain today. The palazzo changed hands several times between 1837 and 1864 when it was acquired by the Papadopoli family. The brothers Count Nicolo and Angelo Papadopoli moved to Venice from Corfu in Greece, and Nicolo married Maddalena Aldobrandini who came from a wealthy family of intellectuals. The Papadopoli Aldobrandinis bought the palazzo and set about an ambitious renovation. In 1865 they hired architect Girolamo Levi, and entrusted the internal decoration of the piano nobile – the main living area of the palazzo – to Michelangelo Guggenheim. Guggenheim was a leading exponent of the Neo-Renaissance and Rococo styles, and he reinvented the space, turning the palazzo into one of the most significant examples of these styles in Venice. The palazzo was reimagined as the perfect home for entertaining, with access from the side canal for all services and deliveries. It also featured one of the first elevators in Venice, as well as electric powered chandeliers and an internal phone system. The brothers also bought two adjacent buildings which they razed in order to build two gardens – very unusual features in Venice. By 1882, the Papadopoli Brandolinis were entertaining the highest echelons of Venetian society. At the close of the 19th century, Vera Papadopoli Aldobrandini married Count Giberto Arrivabene with the palazzo as part of her dowry. Today, the palazzo is owned by her grandson, Count Giberto Arrivabene Valenti Gonzaga.