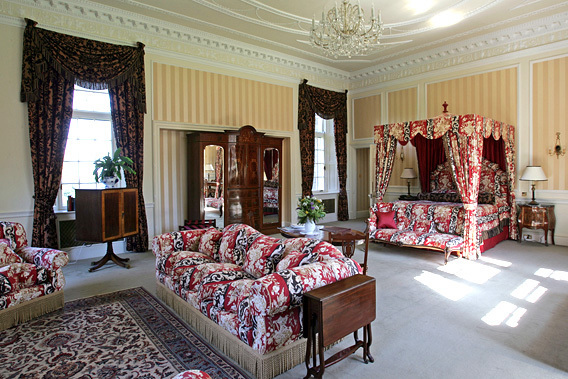 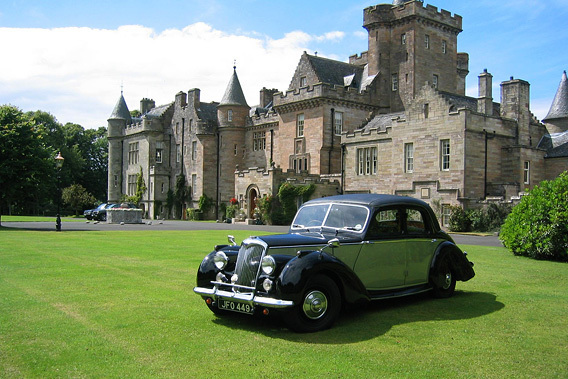 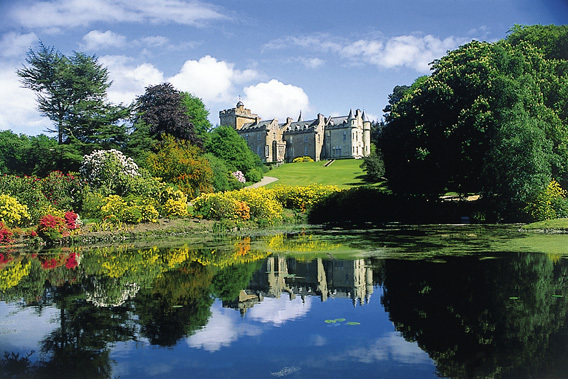 Imagine a fairytale castle, hidden in 36 acres of glorious garden and woodland on the rugged and beautiful Ayrshire coast.

Spectacular views across the Irish Sea to the island of Arran and the massive granite rock of Ailsa Craig. Glenapp Castle was built in 1870 - a strikingly beautiful example of the Scottish Baronial style of architecture. Designed by the celebrated architect David Bryce for Mr James Hunter, the Deputy Lord Lieutenant of Ayrshire, the castle's mellow sandstone battlements are topped by soaring turrets and towers, earning Glenapp a rightful place as one of the most romantic castles in Scotland. The castle was purchased in 1917 by James Lyle Mackay, who later became the 1st Earl of Inchcape. The Inchcape family owned the castle until 1982, during which time they expanded the estate considerably and enlarged and altered the castle to its present form. Local hoteliers, the McMillan Family purchased the castle in June 1994, by which time it had, sadly, fallen into a very poor state of repair. Their daughter and son-in-law, Fay and Graham Cowan, made the castle their home and embarked upon a lengthy restoration.