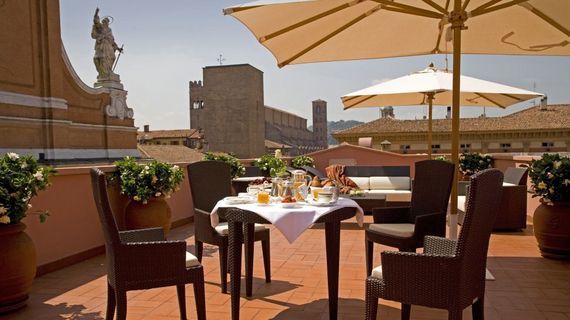 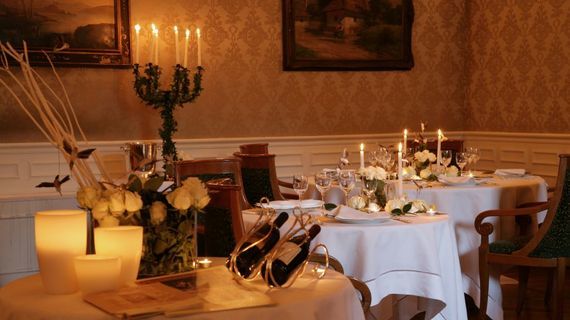 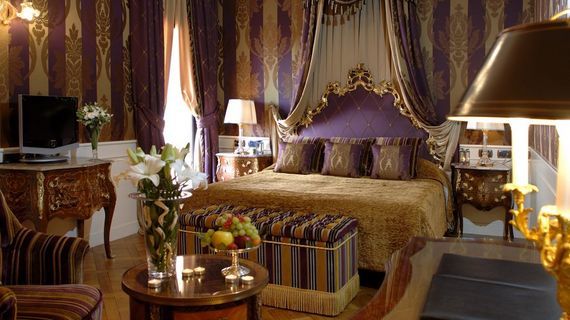 The oldest and most prestigious hotel in Bologna in the heart of the city within walking distance of Piazza Maggiore and the famous Due Torri.

This superb five star deluxe hotel is situated in a Palazzo designed by architect Alfonso Torregiani during the first half of the 18th century and built by order of Cardinal Prospero Lambertini, who later became Pope. The palazzo is in fact, built on top of an ancient Roman road, part of which can be seen within the hotel. The 109 rooms have a mix of antiques fornitures with modern amenities, a perfect blend of classic italian style, elegance and hospitality. The 4th floor refurbishment has enriched the hotel with a new range of Junior Suites and Deluxe Room. The style in this case is classic eighteen century classical french. The hotel is famous for its I Carracci restaurant with it's frescoes, which is rightly regarded as among the most sophisticated and elegant in Bologna. This is a place where you may enjoy the traditional recipes of the Emilia region whilst seated under authentic Italian masterpieces. Our new “Enoteca Morandi” with a well stocked cellar provides a wide range of fine Italian and foreign wines to complement a traditional and “rustico” regional menu. The hotel has a total of 7 meeting rooms - 4 of which have been created recently. These rooms, all enjoying natural light, can each accomodate up to 120 people. The three original rooms are quite unique each having16th century coffered ceilings.