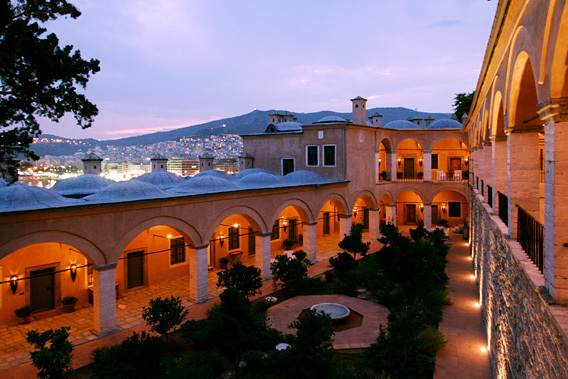 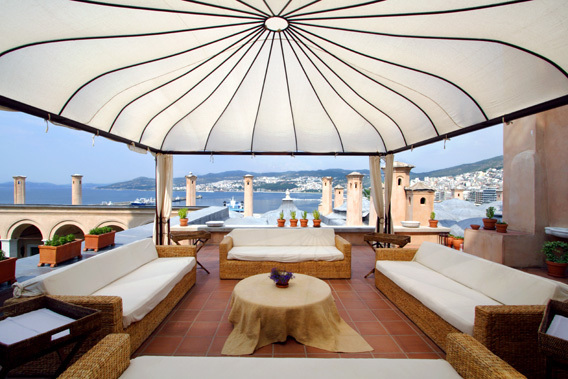 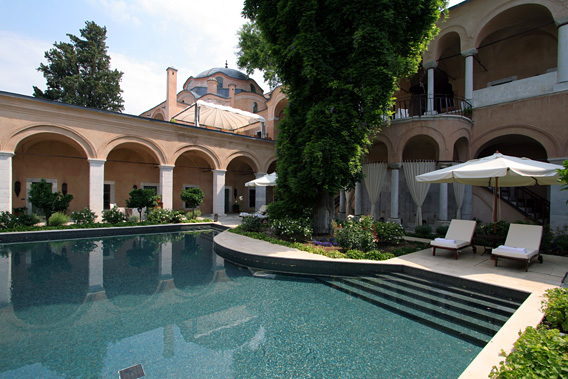 It shares a striking resemblance to the Topkapi Palace in Istanbul, home of all the Ottoman Sultans.

Built in 1817 (opened in 2005 as a hotel), the building was a gift of Mohamed Ali Pasha, viceroy of Egypt, to the town of Kavala, his birthplace. Faithful to its origins, the Imaret, which means "a hostel for pilgrims" in Turkish, became the most recognized holy school of its time within the Balkans, during the last period of the Ottoman Empire. Aside from functioning as a seminary, it also served as a food-kitchen for the poor and later accommodated Greek refugees during the exchange of population with Turkey between 1927 and 1960. Now after almost a century of neglect, the monument was fully restored in 2004 to become the first hotel operating within a historical building in Greece, a hotel which will serve to enlighten your senses and fantasy to the tune of Arabian Nights and the scents of the Orient.