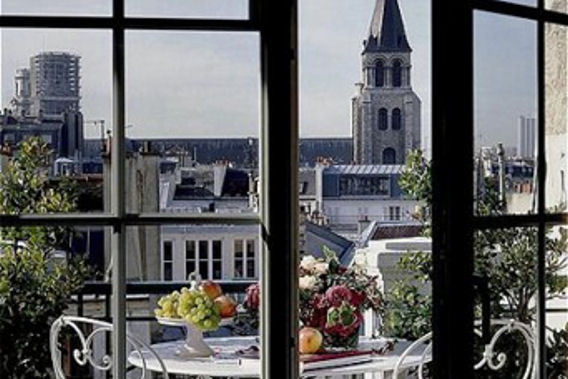 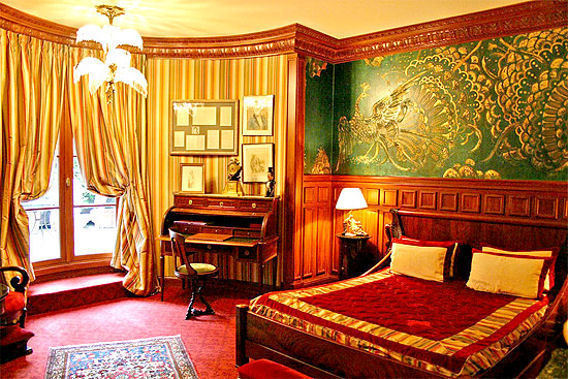 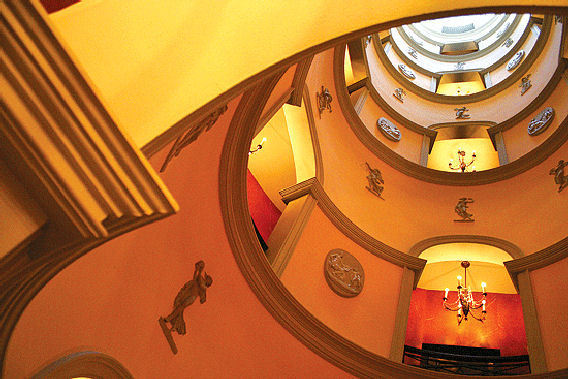 One of the most famous hotels in Paris, L'Hotel has been an exclusive hideaway for two centuries.

Built in 1816, just five minutes walk from the intellectual crossroads of Paris, Les Deux Magots, its modest facade belies its flamboyant interiors that have recently been redesigned without any semblance of regard to cost! It is an extravaganza you could only find in Paris, a heady mixture of art and whimsy! The bedrooms are pure theatre, stage settings waiting for players. Open any door, and you could be in Africa, China or Turkey; in any century from the 13th onwards. Of course, there is a room dedicated to Oscar Wilde who died here in 1900, inspired by his dining room in London. The 20 rooms are built around the magnificent oval atrium which rises six floors. In the basement, under the original stone vaulting, there is a replica Roman bath, a hammam and a rest room. L'Hôtel is as entertaining as Paris itself.