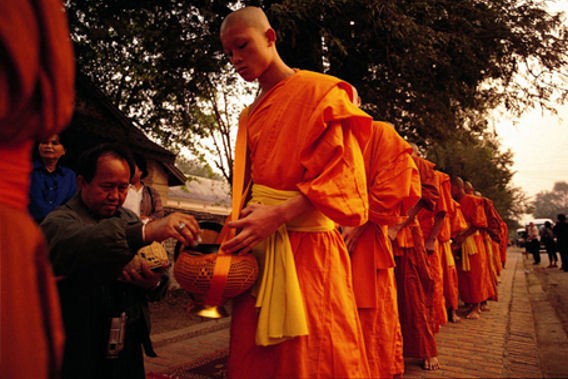 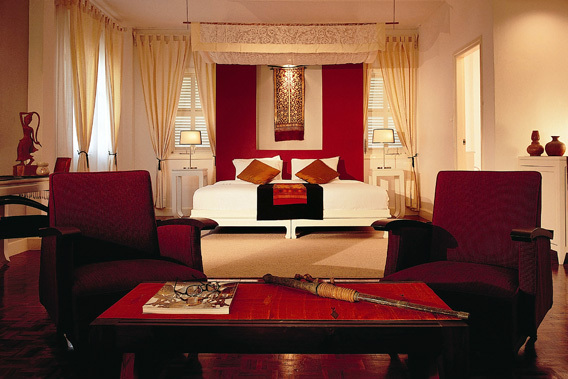 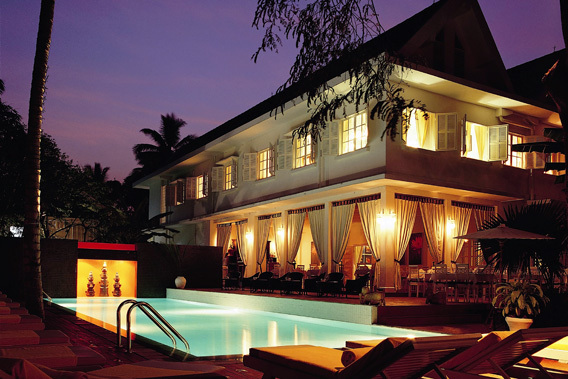 Maison Souvannaphoum Hotel is a member of Small Luxury Hotels of the World with 22 Rooms & Suites. Believed to have been founded by two sorcerers in the 6th century, compact Luang Prabang still holds magic for those who step into the second city of Laos.

Spreading out from the confluence of the Mekong and Khan Rivers, said to be thick with water spirits, this town that holds thirty traditional Buddhist temples and foliage-thick riverside cafes, brings together elements of Savannah, Al Capone's Florida and Cuba in the 1950's – all with that tropical feel of Southeast Asian jungle, where gleaming golden stupas peak out from the lush mountains. The town's unusual architecture fuses the sharp lines of traditional Asian design with that of 19th French colonial in wood structures so distinctive that UNESCO has recognized its uniqueness since 1995, keeping the development of modern architecture at bay.

With its open-air dining, numerous balconies and outdoor massage under canopies, Maison Souvannaphoum – a former villa of Prince Souvannaphoum -- embraces that colonial design, at its finest in the Maison Suite, once the prince's room, where you can partake in many of Luang Prabang's charms without having to move. A tasteful display of understated elegance in crimson and white, befitting a royal who enjoyed his comforts but wasn't boastful in lavish display, the draw of this handsome suite is its long verandah facing the street, ideal for taking breakfast or evening cocktails, romantic for that after dinner brandies, alluring even in the middle of the night when rain pounds the roof. At dawn, the balcony allows an upclose view of one of Luang Prabang’s attractions -- the parade of orange moves through the streets as hundreds of monks head to the heart of the town to collect their alms. At sunset, the sidewalks again swell – this time with locals wander past on their way to the night market, where paper lamps, wood carvings, local textiles and the famous Laotian coffee are hawked by locals. While it may be tempting to turn couch potato on the porch, there are reasons to move, whether for a candlelit bath in the deep tub, a dip in the pool, massage under the stars or a trip into town to the mountaintop temple or nearby caves rich with Buddhist sculptures. The most compelling reason to stray from the verandah, however, is Maison Souvannaphoum's poolside White Elephant restaurant, which easily blows away the finest eateries in the town. Even visitors staying elsewhere should slip in here for a feast of local favorites expertly prepared by chef Than Vanhsay Picknock – be it spicy fish salad wrapped in banana leaves, marinated water buffalo steak, or pork in bamboo shoots. Breakfasts too go a step beyond, with dishes such as Kao Tom – a porridge with river fish, pumpkin, boiled egg and fresh lime -- best finished off with rich Laotian coffee on the verandah.

Maison Souvannaphoum is located at Namphou Square in the heart of Luang Prabang, a UNESCO World Heritage Site. • It has easy access to the city's key attractions such as the Royal Palace, Mekong River and Mount Phu Si – a 100-meter-high rocky outcrop – with its stunning views of the surrounding temples and hills. • Wat Xieng Thong – one of the oldest temples in Laos – is within walking distance.