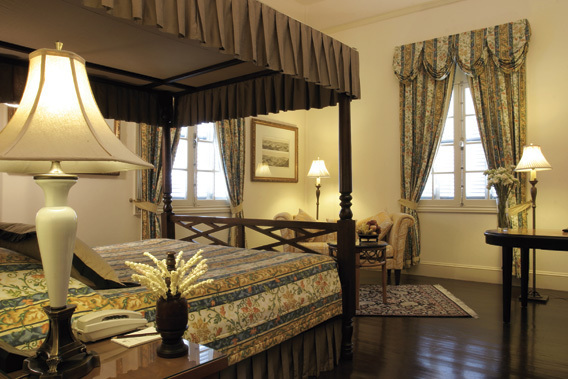 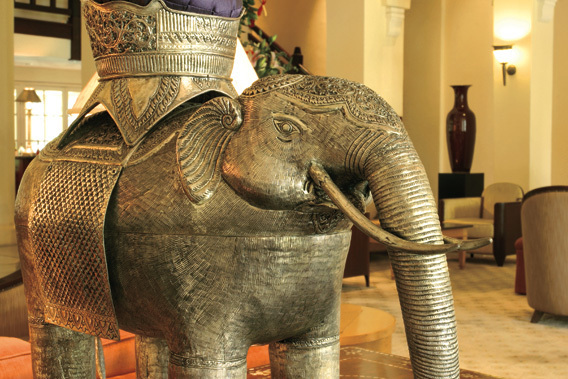 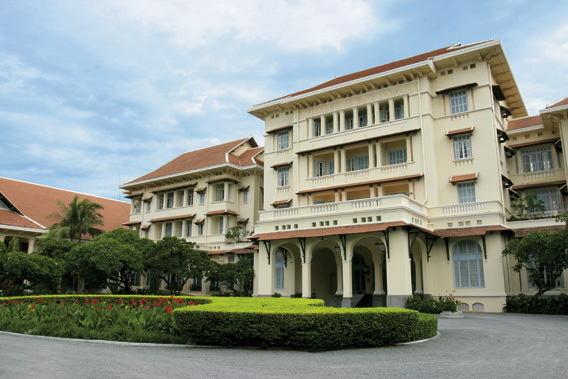 Raffles Hotel Le Royal is the premier luxury hotel in Phnom Penh, a hotel with those rare attributes of history and style.

It was first established in 1929 and in its early heyday, enjoyed an international clientele comprising globetrotters and adventurers, writers and journalists, royalty and dignitaries. Never mind the dusty construction on the riverfront, the sputtering "motodups" (Cambodia's version of the motorcycle taxi) and the constant haranguing of drivers and table-to-table book sellers in other parts of the city. The noisy, if compelling, chaos of Cambodia's capital is quickly forgotten here under the fanned palms of the opulent Le Royal, the most sedate hideaway in the whole city and the most comforting, its simple splendour liable to swallow one up. Located away from waterfront's hustle bustle in the former European Quarter, not far from the city's namesake stupa -- the hilltop Phnom Wat – Le Royal, the undisputed grande dame of Phnom Penh evokes colonial Cambodia when the French were charmed by this land of pepper, coffee, rubber and the magical ruins of Angkor War, so taken by the exotic locale that that they roped it (along with Vietnam) into French Indochina, never wanting to leave, although finally granting independence in 1953.