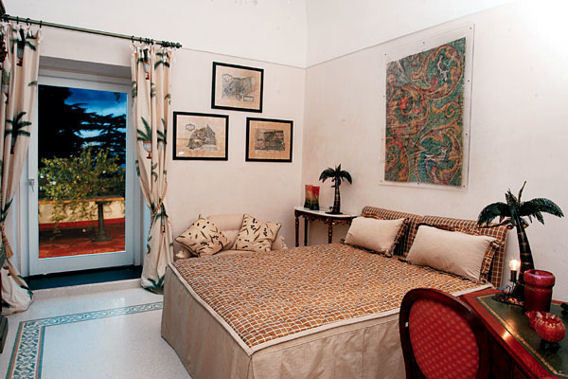 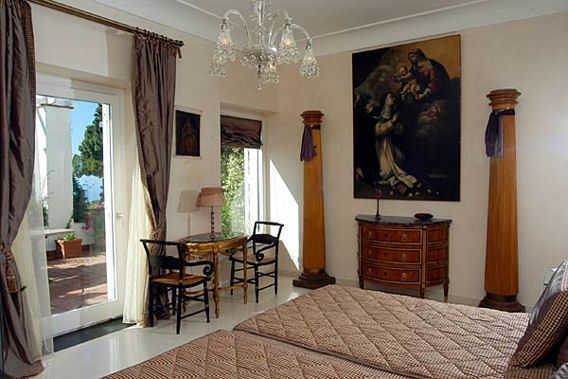 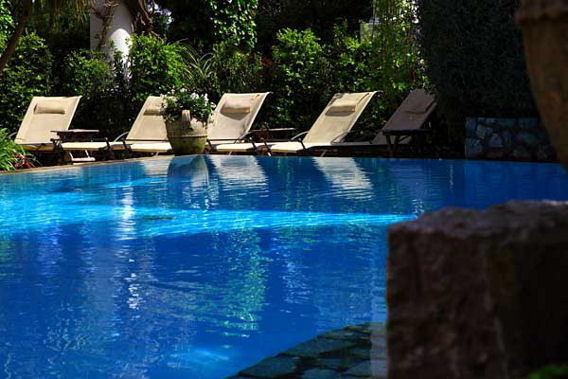 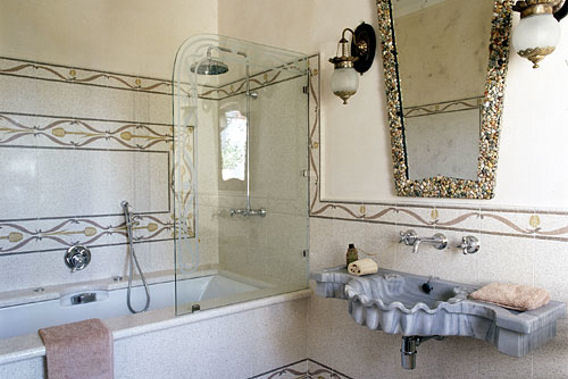 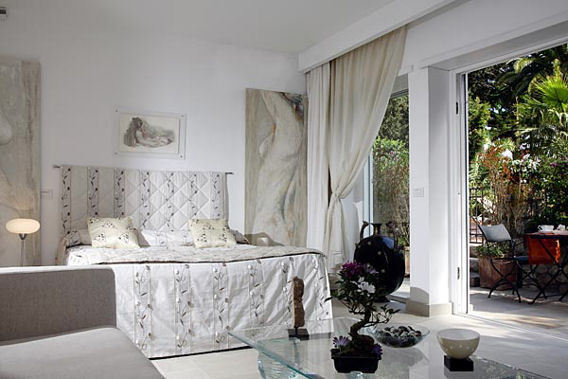 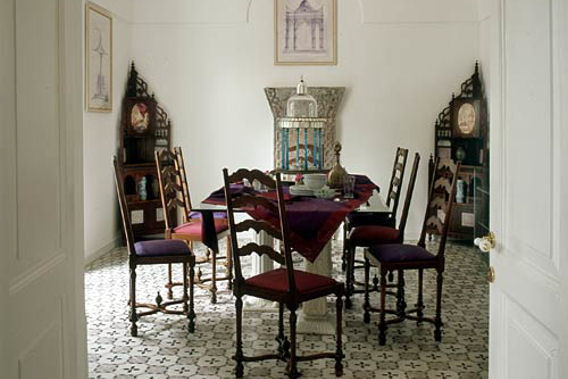 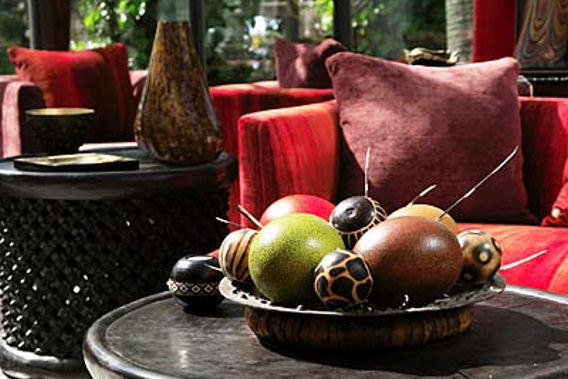 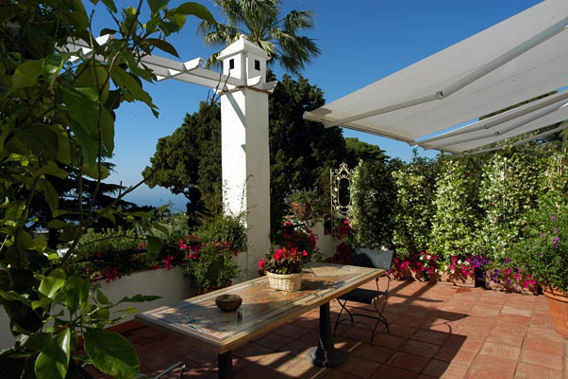 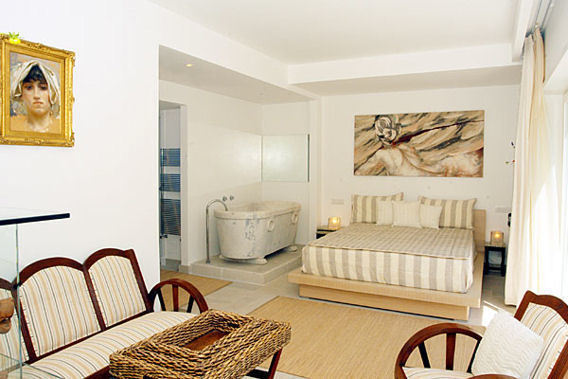 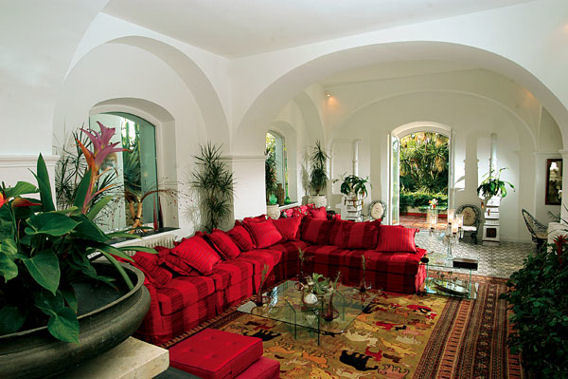 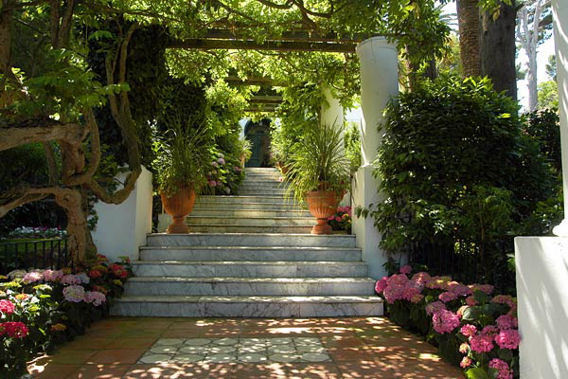 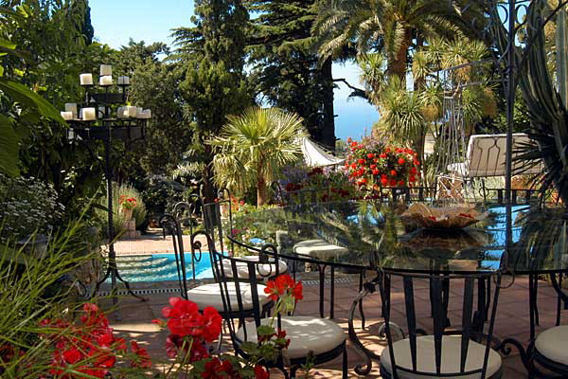 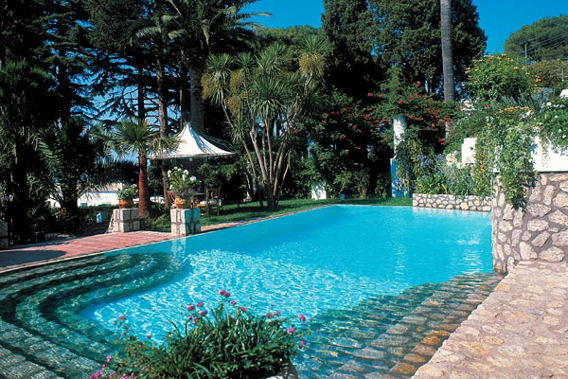 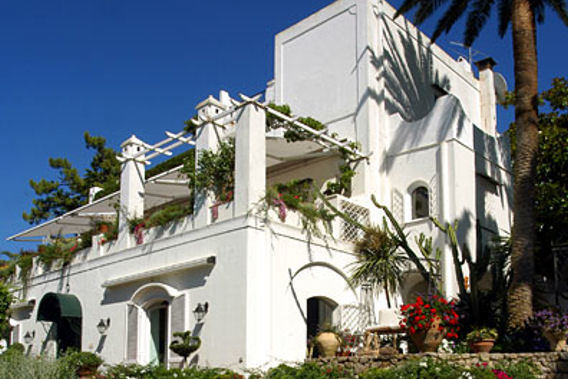 Once the home of the Barons Monti Della Corte, Villa le Scale on the Island of Capri is one of the few remaining Caprian Villas of the early 19th Century.

A minute's walk from the main square in Anacapri, the villa—all white and very elegantly set in a terraced garden with a peacock-blue pool—has only recently been transformed into a hotel.

Refurbished by a chic antiquarian-art dealer-owner, Anna Maria Coronato, an expert in 19th century Neapolitan painting. Ms. Coronato often works as consultant for exhibitions and reviews of artwork from the period, organised both in Italy and abroad. Her specialization means that she is frequently in contact with architects and interior designers of international fame with whom she actively collaborates on restoration projects, offering her advice and suggestions and compiling accurate research studies on request.

Having been sympathetically restored, and retaining the best of its two hundred year old features, you might expect Villa le Scale to be lacking some mod cons, but each of the six uniquely decorated suites, named to reflect the important antique pieces that furnish it, has satellite television, a DVD player, internet access and according to the theme of the room one of the following; a Turkish bath, plunge pool, duplex shower or Jacuzzi bath. The house is pretty much faultless. A 16th-century Turkoman fireplace dominates the dining room and an Indian fountain commissioned by a 19th-century maharaja. Other grand touches: inlaid mosaics, a fabulous art collection—including a Neapolitan sea battle painted by the 18th-century master Leonardo Coccorante. The Garden Suite, adjacent to the pool area, is dominated by an 18th-century sarcophagus bath, albeit in an almost minimalist bedroom. The Suite also encompasses an oversized marble bathroom with sky-lit plunge pool, kitchenette, two walk-in closets, dressing area and secluded private patio.

The sanctuary of the villa, hidden behind gates and beyond extensive gardens, is a world apart from the lively town and is an ideal place to combine a relaxing holiday with a break away doing the things that you enjoy most. With the proximity of museums and galleries to Villa le Scale, there is no shortage of interesting activities. However if you just want to sit by the pool and relax, surrounded by trees and flowers, then this too is a tempting option. Light snacks are available during the day and meals are prepared on request using fresh produce and traditional Mediterranean recipes. The guest-to-staff ratio is two to one.

The rooms of the Villa le Scale, which are named after famous guests who have stayed there over the centuries, have been meticulously restored and equipped with every modern comfort. They have been beautifully furnished with antiques which complement the style of the renovated building perfectly. Guests can find sheer relaxation in the spacious bathrooms, which have, according to the theme of their room, a Turkish bath, plunge pool, duplex shower or jacuzzi. Most suites have glorious, flower covered terraces with superb views of the sea or of the gardens. All rooms have air conditioning, LCD satellite television, DVD, safety deposit box, mini bar and internet access.