Museum of Roman Mosaics to Open in Turkey 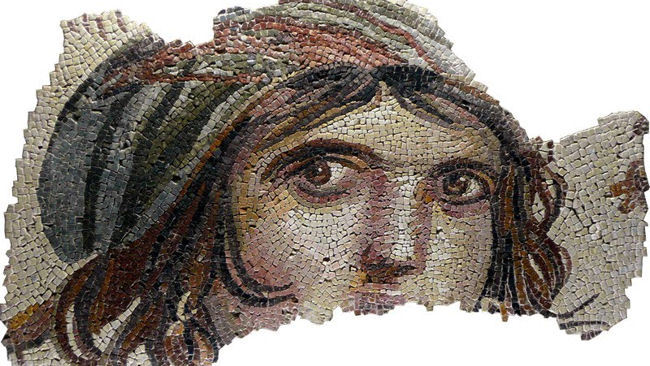 The Zeugma Mosaic Museum in Gaziantep encompasses pre-Hellenistic cultures and the Greek and Roman empires. Zeugma, thought to have been founded by a general in Alexander the Great's army, was initially two cities on either side of the Euphrates River. It grew over countless centuries because it was located at the easiest crossing of the river, exactly where major trade routes in the ancient world linked east and west as well as north and south.

The city's location was considered so important by the Romans that Zeugma became a vital military center where tolls were collected on commerce and travelers. At one point the city was home to more than 70,000 people. In the process, wealthy residents, businessmen, military officers, governors and other notables built impressive homes and villas distinguished by magnificent mosaics -- on floors, in pools, courtyards, kitchens and elsewhere. Because of Zeugma's position at the center of international trade and commerce, these mosaics represent a treasure trove of information about the interaction and assimilations of ancient cultures over the centuries.

These treasures -- and an abundance of other valuable artifacts ranging from frescoes to burial objects -- lay undiscovered for millennia. It was only in 2000, after suspected vandalized artifacts appeared in museums and private collections and when plans for new dams on the Euphrates meant that much of Zeugma would be forever flooded, that the race was on. The result was an ambitious excavation project sponsored by the Turkish government, the California-based Packard Humanities Institute and American universities. The excavations discovered homes, public buildings and market squares that contained one of the largest and most important collections of Roman mosaic art ever found. Ultimately, a decision was made to build a museum to preserve and display the extraordinary mosaics from what has been called “one of the most important cultural heritage sites in Turkey.”

The 90,000-square-foot museum features a 7,500-square-foot exhibition hall, numerous conference rooms and other facilities and replaces the Bardo National Museum in Tunis as the world's largest mosaics museum.